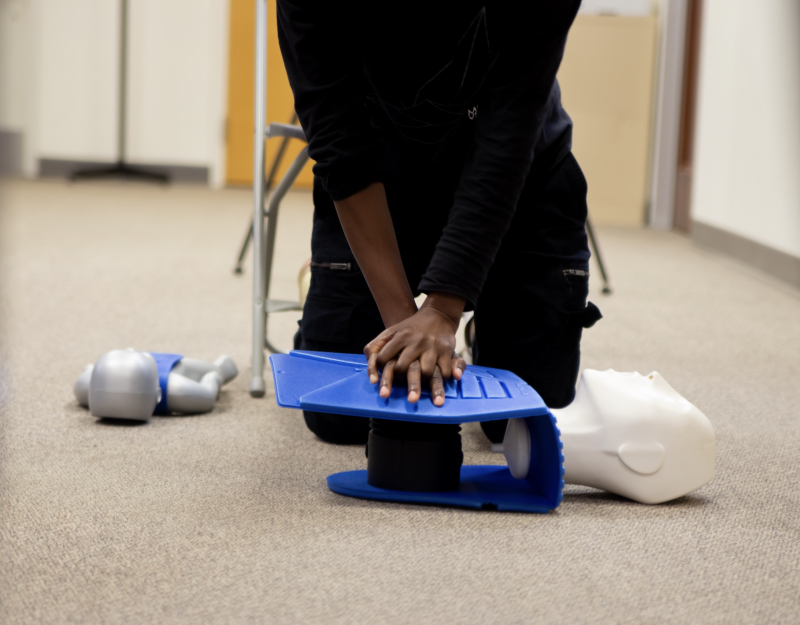 In an unprecedented NFL move, the game was postponed and later canceled altogether, and Hamlin was transported to an intensive care unit. Now with the news of him heading home soon to recover, the Association of Black Cardiologists (ABC) would like to remind people of the importance of Cardiopulmonary Resuscitation or CPR to save a person’s life. ABC added Hamlin is unusually fortunate to have benefited from prompt and appropriate action from highly skilled medical personnel, which is not typically the case when a similar incident occurs in a lower-profile setting.

With a half-million cardiac arrests each year, CPR can help save a life if a person’s breathing or heart stops. This training is not just for healthcare workers and emergency responders. In fact, CPR can double or triple the chance of survival when bystanders take action. CPR combines chest compressions with rescue breathing, restoring regular breathing and a heartbeat to an individual suffering from cardiac arrest. It keeps blood pumping through the body to vital organs until medical help arrives on the scene.

The Association of Black Cardiologists strongly endorses exercise as a key pillar to living long and healthy lives; however, there are dangers, particularly in competitive contact sports. Fortunately, such events are rare and range in incidents from 1 in 40,000 to 1 in 80,000, depending on factors such as the type of sport and the athlete’s age.

While not official yet, it’s reported that Hamlin most likely suffered from a special cardiac arrest brought upon by blunt trauma to the chest, known medically as commotio cordis. The energy transferred from a focal, high-velocity impact to the chest wall by an object such as a baseball, hockey puck, football helmet, or even a fist or foot can, when occurring at a precise moment during the heartbeat [called the vulnerable period], lead to ventricular fibrillation – a chaotic, disorganized cardiac rhythm that results in cessation of effective pump function and loss of pulse. This rhythm leads to sudden cardiac death unless immediately reversed, typically as in this case, by application of an electric shock from a defibrillator.

The Association of Black Cardiologists said while commotio cordis is a strong consideration for the cause of Hamlin’s cardiac arrest, many other underlying conditions must be assessed in sports-related cardiac arrest, including heart diseases.

Locally, AugustHeart provides free Heart Screening for teens ages 13 to 18 on Jan. 21 from 7 am to 9 am at Christus Santa Rosa Hospital – Alamo Heights. AugustHeart’s mission is to provide free heart screening for teenagers to identify selected heart abnormalities to reduce the risk of sudden cardiac death. For more information, email info@augustheart.org or call 210-267-2771. Additionally, the American Red Cross provides a variety of local online and hybrid CPR training for a cost. New parents can often get free CPR training in the community as part of childbirth classes. 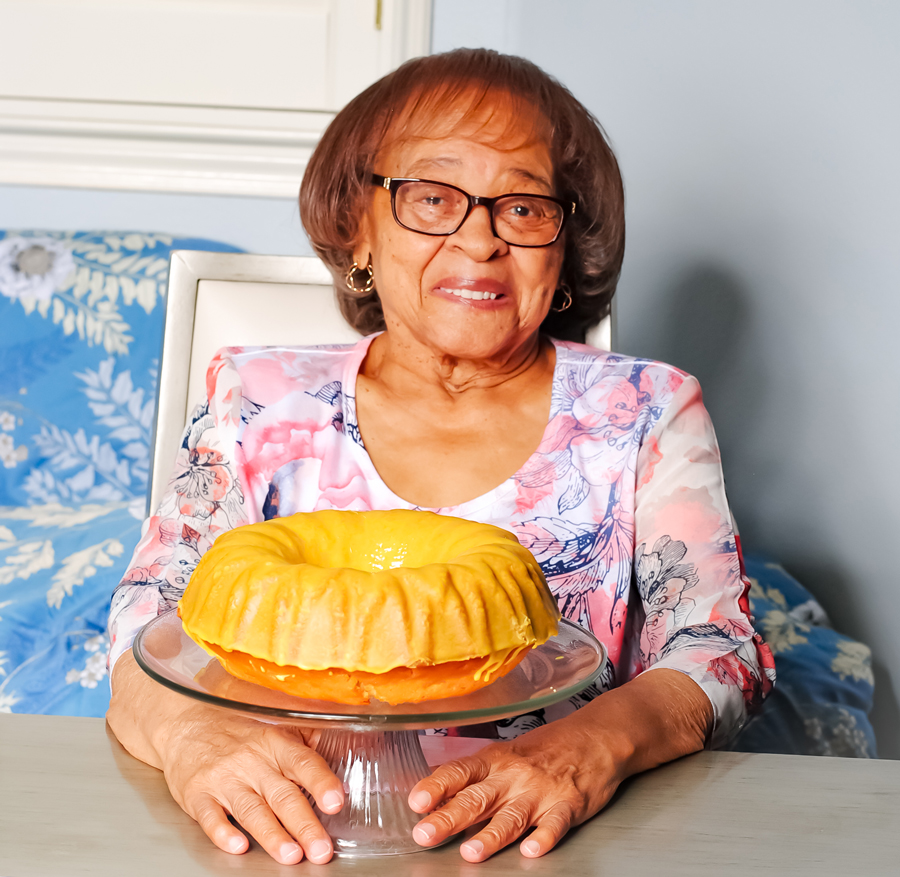 Being a caregiver for a loved one is a selfless act. This is the reality for millions of Americans who are now faced with an aging Baby Boomer population who will be faced with more chronic health issues.
In San Antonio with a population of 1.5 million, 17% are aged 60 and over and is expected to grow by about 20% by 2040.

San Antonio resident Cara Pitts has a similar caregiving story of sacrifices. She had a successful career in the healthcare industry when she made the difficult decision to leave her career to take care of her grandmother, Mary Lee, who needed a helping hand after recovering from a stroke. Cara, her husband, and her stepson went from living on two incomes to just one. But Cara soon learned how to navigate her grandmother’s Medicare and Medicaid insurance benefits, which paid for caregiving.

Lost income due to family caregiving is estimated at $522 billion each year. Around 53 million people annually provide a broad range of assistance to support the health, quality of life, and independence of an aging family member, or a loved one who has a disability or chronic health condition. Another 2.7 million grandparent caregivers – and an unknown number of other relative caregivers – open their homes each year to millions of children who cannot remain with their parents. In recent years, additional attention has been given to measuring the financial impact of family caregiving, such as lost wages, reduction in workforce, and the out-of-pocket costs caregivers often incur for meals, transportation, medical supplies, toys, educational tools, home modifications, and more.

When the challenges become overwhelming and family caregivers can’t provide support, the people they care for often are left with no choices except moving to nursing homes and other institutions or to foster care – the cost of which is typically borne by taxpayers. Many caregivers are unaware they can get funded by programs like Medicaid, Veteran Affairs, and Medicare to ease the financial burden.

. . . start seeing income come in about six months after getting the process started (through Medicaid).

“Many families are stressed because they don’t want to put their loved ones in nursing homes or other places and don’t want to leave their careers,” Cara Pitts said. “My grandmother did really well at the nursing home for a few years and became a star resident. The staff even gave her an employee name tag and made her the head of the welcome committee and VIP perks for happy hour. After a few years, the unfortunate reality of nursing home living set in when she saw friend after friend pass away, and Mary Lee became depressed. We knew something needed to change.”

Pitts has since taught other family and friends how to become paid family caregivers and recently started a website and online course (CaregivingFromHome.com) to teach others how to navigate the system. She also co-founded a gourmet plant-based brand Southern Roots Vegan Bakery with her husband Marcus Pitts and even named their best-selling cakes after Mary Lee.

On average, the family and friends that Cara Pitts has helped can start seeing income come in about six months after getting the process started (through Medicaid). She offers a free six-step guide on her website that includes learning about a Home and Community-Based Services Program and checking if some private insurance companies have caregiving benefits for long-term care.

Just recently in September, the U.S. Department of Health and Human Services (HHS), through its Administration for Community Living, released the 2022 National Strategy to Support Family Caregivers. It highlights nearly 350 actions the federal government will take to support family caregivers in the coming year. Some of the recommendations highlighted include incentives for healthcare systems to incorporate caregivers into decision-making for the person receiving care; redesign the Medicaid eligibility process so that the care recipient does not have to deplete most of their assets to qualify for support; allow kin and grandparent caregivers who have primary responsibility for a child to claim the federal Child Tax Credit; and introduce a range of incentives to encourage employers to adopt caregiver-friendly practices, including tax incentives.

This new strategy and report is expected to be a living document and updated every two years, as required by the Recognize, Assist, Include, Support, and Engage (RAISE) Family Caregivers Act of 2017.
To learn how to get paid as a family caregiver or to ensure you are getting the support you need, sign up and get the free six-step guide. 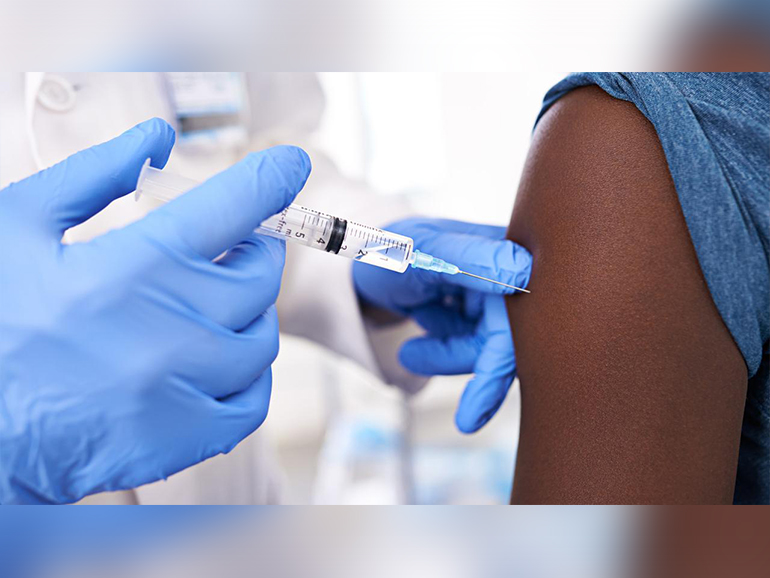 As cases increase and festivities are nearby, the community is encouraged to follow safety measures to prevent illnesses

The San Antonio Metropolitan Health District (Metro Health) is encouraging the community to take safety measures to prevent any illness, especially during the fall and winter seasons as temperatures continue to drop and holiday festivities begin.

The flu vaccine is the first step toward protection. Anyone six months and older is eligible to receive their vaccine yearly. Pregnant women and individuals with underlying health conditions are encouraged to seek protection as soon as possible.

“The Metro Health Department continues its outreach efforts to educate the public on the importance of getting the flu shot,” says Claude A. Jacob, Metro Health Director. “During the upcoming holiday festivities, it is very important to take extra care of yourself by making sure that you are protected this season and to stay at home/away from loved ones if you are sick. Remember, flu vaccinations prevent illnesses, medical visits, hospitalizations, and deaths.”

As festivities such as Halloween and Día de los Muertos are approaching, the Metro Health Department encourages the community to take the following into consideration:

For any questions regarding vaccines, the community is also encouraged to consult with their medical provider.

Mental Illness and Suicide Not So Taboo Anymore 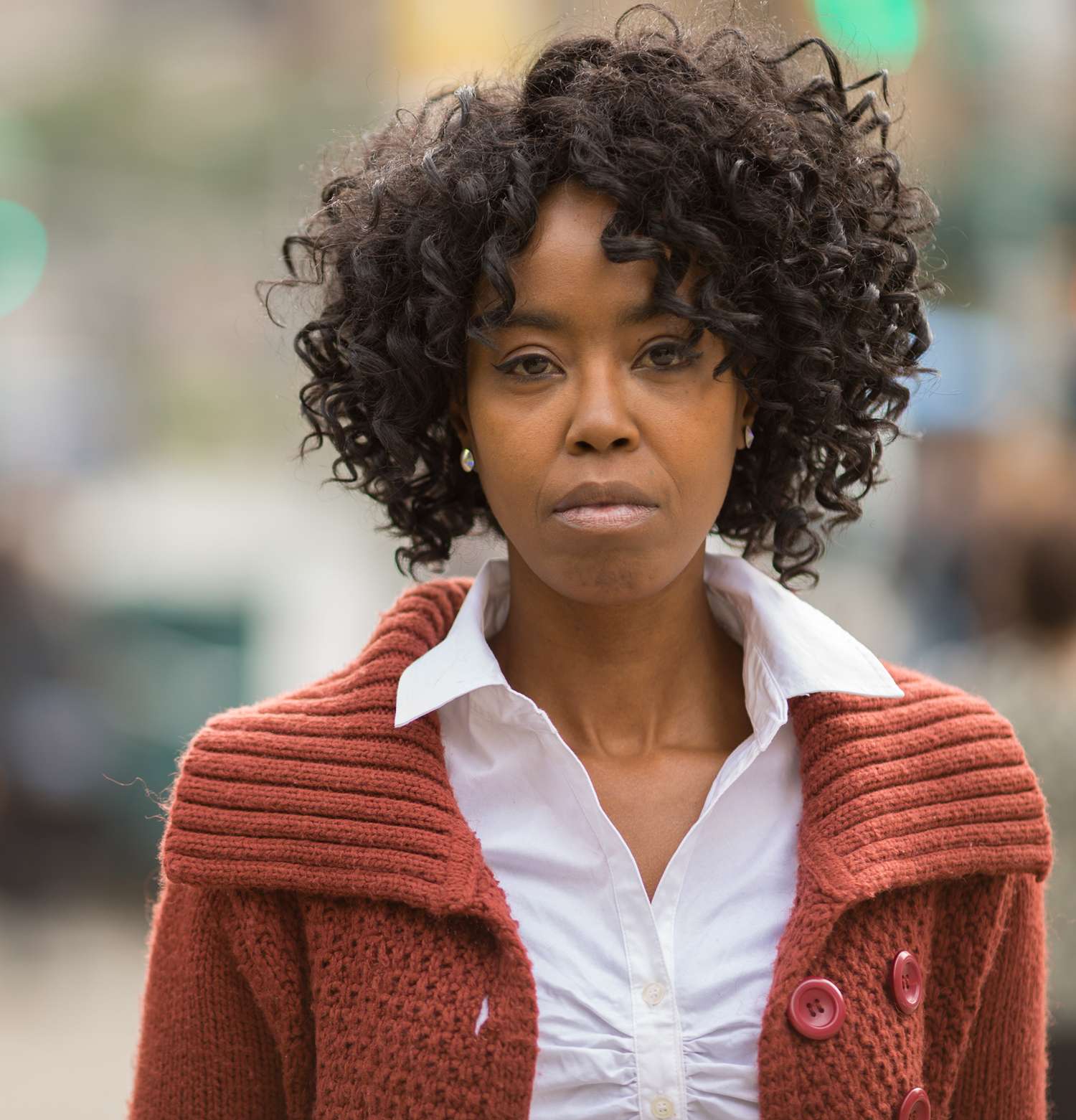 Checking your mental health is getting a massive boost in the Black community, especially among young entertainers and social media influencers.

Recently, female rapper, Megan Thee Stallion, launched her mental health website dubbed – Bad Bitches Have Bad Days Too – just add a dot com after that to visit the site. In her song “Anxiety,” she raps, “They keep sayin’ I should get help/But I don’t even know what I need/They keep sayin’ speak your truth/And at the same time say they don’t believe.”

Along with Megan Thee Stallion, The Breakfast Club’s radio host Charlamagne Tha God, and tennis star, Naomi Osaka, who was open about her depression in her Netflix documentary – they are all paving the way for mental health not to be a taboo subject.

One in six American youth ages 6-17 experience a mental health disorder each year.

More recently in 2021, the American Academy of Pediatrics, the American Academy of Child and Adolescent Psychiatry, and the Children’s Hospital Association issued a joint statement declaring children’s mental health, especially children of color, a national emergency. A Centers for Disease Control survey found 20 percent of teens had contemplated suicide, and nearly 10 percent had attempted it. More than half of suicides are caused by guns.

For many younger adults, the pandemic fueled the mental health epidemic. The 74, a nonprofit news website, recently reported that Austin teachers were seeing an increase in children contemplating suicide. Many teens said they experienced anxiety, and depression and were distant from their friends during the early stages of the pandemic. Social groups are a critical necessity for many Black and Brown teens who often get their motivation and support from those circles instead of families.

In addition to Black entertainers shedding light on mental health, people now also have a handy three-digit number – 988 – instead of trying to remember a long 1-800 number. Just from August 1, 2022 to August 31, 2022, this service has already received a total of 413,425 contacts.

Earlier this summer, the U.S. transitioned the 10-digit National Suicide Prevention Lifeline to 988 for 24/7 crisis care. The lifeline, which also links to the Veterans Crisis Line, follows a three-year joint effort by the U.S. Department of Health and Human Services, Federal Communications Commission, and the U.S. Department of Veterans Affairs to put crisis care more in reach for people in need.

This initiative is part of President Biden’s comprehensive strategy to address the nation’s mental health crisis. Since January 2021, the Biden Administration has made unprecedented investments to support the 988 transition.

Other innovative features of the 988 number are the ability to text/chat and speak to a representative in Spanish. Also if you Google “suicide” or related terms, the 988 chat feature will pop up in Google.
Talking openly about mental health and suicide are key tools to prevention. How do you spot someone who is suffering in silence? Some of the warning signs are changes in eating and sleeping habits, loss of interest in usual activities, withdrawal from friends and family members and acting-out behaviors, and running away.

To get training or learn how you can help young people who are silently suffering, visit the American Foundation for Suicide Prevention’s South Texas chapter website at (afsp.org/facts/texas).