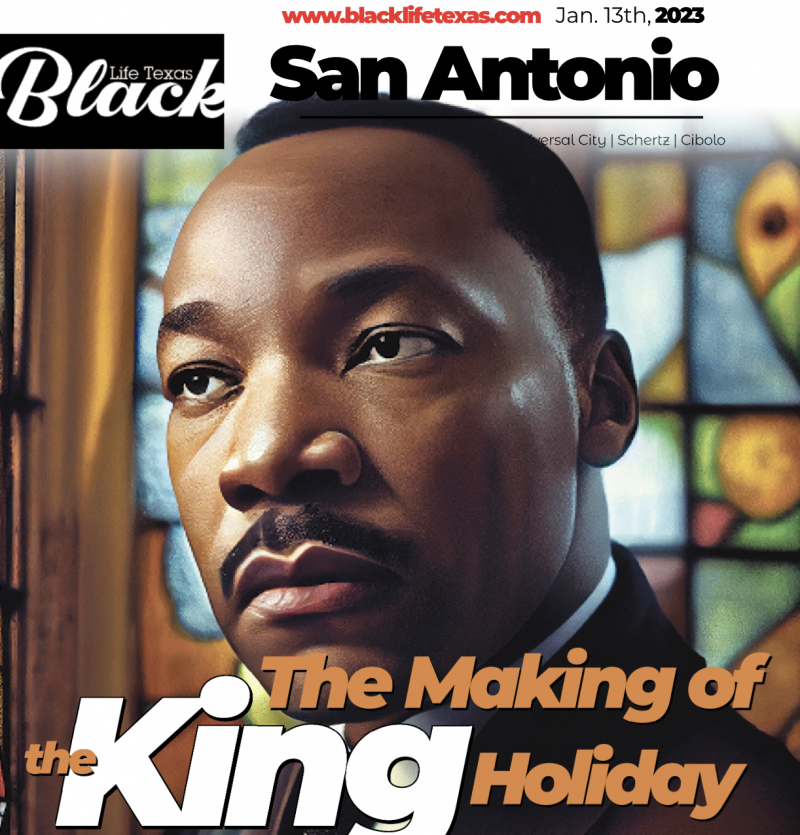 In 1979 when I was a legislative aide to Senator Birch Bayh, a Democrat from Indiana, I had the extreme privilege of playing a role in the passage of the Martin Luther King Jr. Holiday legislation.

It all started when Senator Ted Kennedy, Democrat from Massachusetts, asked Bayh to attend a meeting in his office. I went with him, and when we arrived at the Senator’s office, Mrs. Coretta Scott King and Congressman John Conyers were there. Mrs. King asked the Senators to conduct a hearing on legislation to create the holiday. Conyers had attempted to hold hearings in the House of Representatives, but because of the strong southern opposition to such a holiday, he was never able to get any movement. Mrs. King and Congressman Conyers felt that holding hearings in the Senate would open up discussion, both pro and con, to a new holiday named after Dr. King.

As chairman of the Judiciary Committee and with Bayh being the ranking member, the two agreed to introduce the Bayh Bill, which was identical to the Conyers measure on the House side, and to hold two days of hearings. One of the most important functions of a staffer is to write floor statements for their bosses. The tone of the statement would also dictate the tone of the hearing. Kennedy and Bayh’s statements needed to reflect exactly why Dr. King deserved a national holiday in his name. That was a critical strategic consideration, and we knew that the statement had to reflect the universal nature of King’s work. It could not be limited to civil rights but had to encompass human rights. The message with the best expression on universal love was that portion of Dr. King’s 1963 delivery at the Lincoln Monument, “I Have a Dream,” where he articulated a world where color is no longer a factor but instead God’s love rules. No one could find fault with the message in those words. I also included in Bayh’s opening statement Dr. King’s famous “Letter from a Birmingham Jail,” where he writes about the importance of justice over laws.

As we prepared for the hearings, we knew the first obstacle we would confront was the tremendous amount of opposition from the southern senators, both on the Judiciary Committee and with the full body of the Senate. We were not disappointed. After the Senators who supported the legislation testified, they were followed by Senator Strom Thurmond, a Republican from South Carolina, and Senator Jesse Helms, a Republican from North Carolina. They were the two leaders of the opposition to the holiday. The key resistance outside Congress was the Liberty Lobby and its spokesperson, Stanley Rittenhouse, and Julia Brown (Brown was Black).

After many members from the Congressional Black Caucus testified in favor of the legislation, Mrs. King gave a passionate speech. She told the Senators, “That more than any other man, King was committed to achieving the words set out in the Declaration of Independence, and that all men are created equal with certain inalienable rights to include the pursuit of happiness through liberty.”

Unfortunately, Mrs. King’s words did not convince Thurmond, Helms, and the entire congregation of congressmen who opposed the holiday. Thurmond was the first to testify against the legislation. He argued that the holiday would be too expensive for the government after just having Christmas and New Year’s holidays. He suggested that since Dr. King was a preacher and Black Americans are religious, just have a day of recognition on the Sunday closest to his birthday. We overcame that opposition by having the Congressional Budget Office do a cost-benefit analysis. The study’s results indicated that the money spent on the holiday would bring in significant tax revenue for the government and quickly offset the money spent on holiday salaries for government employees. With the Congressional Budget Office figures, we could effectively dispel Thurmond’s claim of the cost. And we just dismissed his ridiculous suggestion that there be an observance of King on a Sunday. At that point, Thurmond backed off.

Helms’s opposition was based on his assertion that King was influenced by communists and may have been a communist. That argument was a “no-brainer.” We asked him to prove that King had ever attended a communist meeting, had professed any allegiance to the communist doctrine, and to reconcile how an ordained minister could possibly be a communist. This ideology essentially denies the existence of God. He was unable to support his position.

Despite the excessive attacks on Dr. King and the tremendous opposition to the holiday (there had never been a bill passed honoring a civilian with a national holiday), our supporters for the King holiday never gave up. Because we were able to place it on the congressional agenda and facilitate discussion, we only had to listen to the opposition and, one by one, destroy their arguments against the holiday.

After a four-year up-and-down battle, the legislation finally passed in the United States Senate by a vote of 78 to 22 in 1983. It subsequently passed in the House of Representatives with 338 to 90. When President Ronald Reagan finally signed the bill into law on November 2, 1983, he made the following statement: “Dr. King had awakened something strong and true, a sense that true justice must be color blind and that among Black Americans, their destiny is tied up with our destiny, and their freedom is inextricably bound with our freedom; we cannot walk alone.”

The most important remarks were by Mrs. King right after Reagan spoke. She summed up the importance of King to this country, stating: “In his own life’s example, he symbolized what was right about America, what was noblest and best, what human beings have pursued since the beginning of history. He loved unconditionally. He was in constant pursuit of truth, and when he discovered it, he embraced it.” 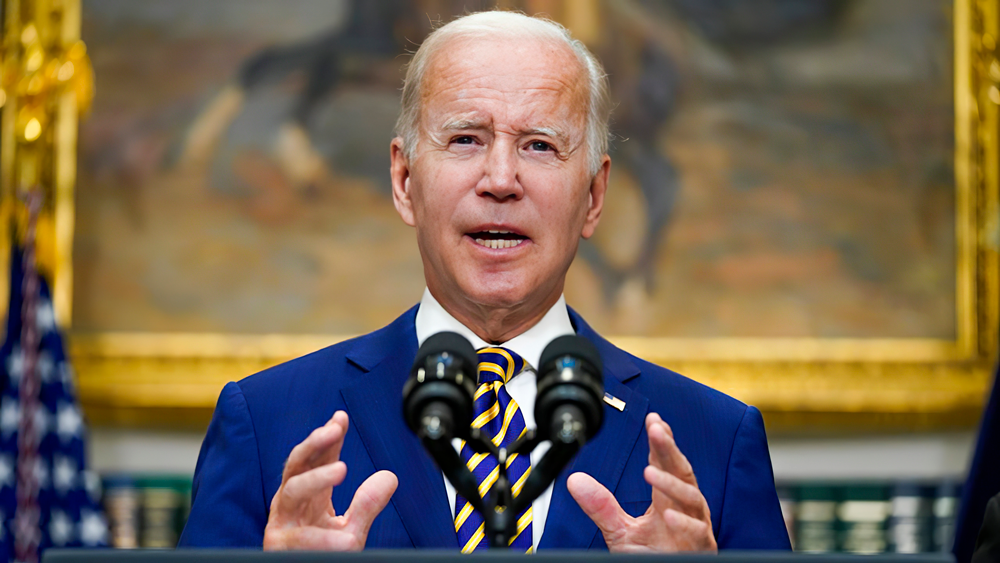 The year 2022 was one of the most divisive in this century. Much of the divisiveness stems from the 2020 presidential election and Donald Trump’s refusal to accept defeat.

The issues in which his name was dominant began with the first public hearing of the January 6 Committee on June 12, 2022. It was divisive because Trump encouraged the Minority Leader of the United States House of Representatives, Kevin McCarthy, not to appoint any Republican members to the committee. However, two Republicans, Liz Cheney and Adam Kinzinger rejected his attempt to keep all elected Republicans from participating. The Committee held hearings throughout 2022. On Dec. 21, they released their report that called for Congress to pass a law barring Donald Trump from holding public office again because of his role in inciting the January attack on the United States Capitol.

There is also Trump’s involvement in the divisive 2022 off-year election. It was assumed that the Republicans would win big in both branches of the government due to a mediocre performance by Democratic President Joe Biden. It’s a historical fact that a first-term incumbent president’s initial two years usually result in the party out of office winning large majorities in the House and Senate. However, there were so many election deniers running on the Republican ticket the party only won in the House by a slim margin of 10, with one seat still to be filled after the death of Congressman Don McEachin, a Democrat from Virginia. The Republicans failed to take over the Senate. In fact, in the latter mentioned body, the Democrats picked up an additional senator giving them a 51-seat majority. It was one of the most divisive elections in the country’s history, with both parties slinging mud at the other. The result has caused many American voters to move away from both parties and declare their independence. This country wants more compatibility in Washington, D. C., and less divisiveness.

An additional major story that caused the country to divide was the arrest of professional basketball player Brittney Griner on Feb. 17 and her subsequent release on Dec. 8. The controversy evolved around the failure of President Vladimir Putin to release businessman Paul Whalen, who was arrested in December 2018 four years prior to Griner. In this particular case, divisiveness was driven by racial groups. Black Americans, especially the women, strongly supported Griner’s release, and white America was irate because Whalen had been imprisoned four years longer than Griner. This controversy continues to this day. It should be pointed out that Griner is doing her best to quiet the issue by strongly supporting Whalen’s immediate release from the Russian prison.

Once again, our country was plagued with numerous gun violence incidents, and there’s not enough space to list them. However, the one that grabs at you and makes you sick is the one at Robb Elementary School in Uvalde, Texas, where 19 elementary school children and two teachers were killed. An additional one occurred in Buffalo, New York, just weeks before the Uvalde tragedy, with 10 innocent shoppers shot down at a grocery store. Finally, and just recently, on Nov. 19, five people were killed and another 19 injured at the Club Q, an LGBTQ nightclub in Colorado Springs, Colorado.

Another major story for 2022 was the invasion of Russian troops into Ukraine on Feb. 24, 2022. It was the one major event that brought the American people together. The country rallied around the Ukrainian people and strongly supported our willingness to provide them with weapons, money, and, most importantly, our moral support for their cause. It was appropriate that one of the last major events of 2022 was Ukrainian President Volodymyr Zelensky’s visit to this country and his speech to a joint session of the Congress, as well as his private meeting with President Joe Biden.

Ironically, it took an invasion of another country thousands of miles from the United States and the visit of that country’s president to unite us as a people when there are so many issues facing us on our shores that should have accomplished that goal. Hopefully, in 2023, we will find ways to unite and be the pillar of democracy for the rest of the world to respect.