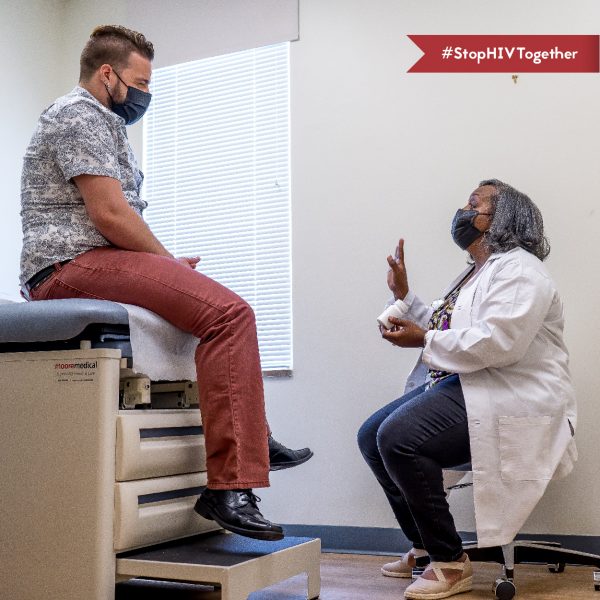 Worlds AIDS Day is on Dec. 1 and National Black HIV/AIDS Awareness Day is on Feb. 7. These dates are stark reminders that still more needs to be done to push this virus and disease back. There are now 38.4 million people globally living with HIV in 2021, and 1.5 million people became newly infected with HIV in 2021, according to UNAIDS. Since the first AIDS cases were reported more than 35 years ago, it has claimed about 35 million lives.

In 2020, there were 6,756 people living with HIV in Bexar County and 282 people were newly diagnosed with HIV. In 2016 and 2017, the Centers for Disease Control and Prevention identified the county as one of the country’s several-dozen hot spots for the infection.

One nonprofit on the frontlines for more than 30 years is BEAT AIDS, which stands for “Black Effort Against the Threat of AIDS.”

The nonprofit said what sets them apart from similar organizations is the ability to meet people where they are: whether recovering, desiring change or homeless, incarcerated, abused/neglected, isolated, or actively addicted. They go where no one else will go to get people tested and linked to care: under the bridges, into the crack houses, heroin dens, shooting galleries, and bathhouses.

With over 35 employees, the organization has a variety of services and programs to help people who are newly diagnosed and their families. BEAT AIDS receives help from numerous local, state, and health partners.

“Between our programs, online presence, and interventions, we reach approximately 10,000 people on average each year,” said BEAT AIDS Executive Director Michele Durham. “This means that we have educated and provided information, testing, linkage to medical care, and many other services for more than 350,000 individuals to date.

In the last few decades, HIV and AIDS treatments have advanced, and a few innovative therapies have succeeded in vanishing the disease from less than a handful of people. Thanks to effective HIV treatment, the population of people living with the virus in the U.S. is steadily aging; the majority of people diagnosed with HIV are now older than 50.

Drugs in the PrEP category or Pre-Exposure Prophylaxis are now available to prevent getting HIV if one is at risk. This drug is being marketed heavily to the LGBTQ community, who now make up most of the new cases. Black females are also at high risk due to their partners getting infected by other men. The CDC says gay, bisexual, and other men who have sex with men (MSM) are the population most affected by HIV in the United States.

Seven thousand women were diagnosed with the virus in 2018, and Black women made up more than 4,000 cases, according to the CDC, which reports transgender women in a separate category.

When PrEP drugs first hit the market as one of the keys to slowing the HIV/AIDS epidemic, marginalized communities were the last to get it. For instance, in 2018, Black Americans made up nearly half of those at risk for HIV but just 1% of people on PrEP. An article on BEAT AIDS’ website said, “Even when the Centers for Disease Control and Prevention gives health departments extra money and support to increase PrEP prescriptions among Black gay and bisexual men and transgender women, those programs have ended up referring more heterosexual and white adults to providers who can write a prescription.”

One of the unique concepts of BEAT AIDS is to love clients until they can love themselves, said Durham. This concept has assisted many people with building self-worth and self-efficacy.

Durham adds, “We do not make assumptions about people and their needs.  We offer condoms, education, information, and access to PrEP to everyone.  This is how we will get PrEP into the hands of all people who need it.”

HIV no longer has to be a death sentence, but the key is educating Black and brown communities about safe practices to prevent it. Using condoms and reducing sexual partners can help prevent the spread as well as getting tested. To learn more about the services and programs provided by BEAT AIDS, visit (BEATAIDS.org). The nonprofit has four locations in San Antonio and one location in Corpus Christi to make access to services easier for clients.

Over Age 50? You Can Still Get HIV 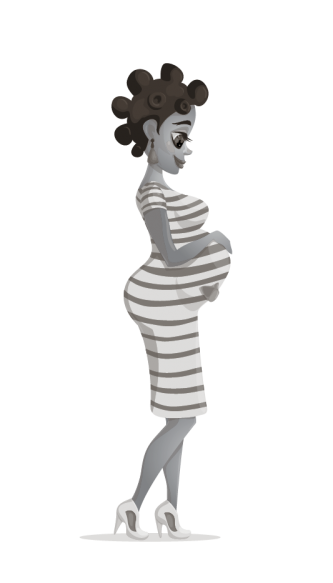 The unnecessary death of Black women in childbirth is rising. The overall U.S. maternal mortality rate has been increasing, but the data behind the African American community paints an even more devastating picture. Last year, the CDC and an October 2022 GAO report that the Black Maternal Mortality Rate in 2021 was 68.9 deaths per 100,000 (approximately 2,480 women) compared to 26.1 per 100,000 (about 940 women) for white women. Health and Human Services officials and stakeholders said the pandemic worsened factors contributing to maternal health disparities, like access to care.

Additionally, disparities in other adverse outcomes, such as preterm and low birthweight births, persisted for Black or African-American (not Hispanic or Latina) women, according to GAO analysis of CDC data. Black patients often complain that their concerns are not heard nor respected when being seen by a doctor outside of their race, creating a divide between the doctor-patient relationship and ultimately preventing the best possible care.

To affect change, Dr. Linda Burke and an online group of 748+ Black ob-gyn female physicians rallied, but attempts to obtain seats on professional decision-making committees proved futile, leading Dr. Burke to create WHYS (We Hear You, Sister!). WHYS is a resource that would address the challenges patients face in connecting with a doctor they could relate to and bring a more positive outcome to some doctor-patient exchanges.

WHYS is a growing online database and community of 124+ passionate ob-gyn physicians who practice across 29 states in the US, where 88% are board-certified. So far, Texas has about 17 doctors on the list women can contact and none so far from San Antonio.

“Countless Black lives could be saved if women of color knew where to find an ob-gyn that could better understand their challenges,” states Dr. Burke, who has been moved by many stories shared by her colleagues about the uphill battle. “The ability to use my network to build this resource in an attempt to make a difference in the lives of others drives me daily and my greatest hope is that WHYS grows to be a trusted community for all in need.”

WHYS officially launches in February 2023, celebrating Black History Month and Dr. Rebecca Lee Crumpler’s birthday. Dr. Crumpler was the first Black woman to earn a medical degree in the United States. She battled deep-seated prejudice against women and African Americans in medicine. After earning her degree in Boston, she spent time in Richmond, Virginia, after the American Civil War, caring for formerly enslaved people. In 1883, Dr. Crumpler published her Book of Medical Discourses. It chronicles her experiences as a doctor and guides maternal and child health.

To learn more about Dr. Linda Burke and the WHYS movement, visit (TheSmartMothersGuide.com).

Finding Ways to Prioritize Yourself 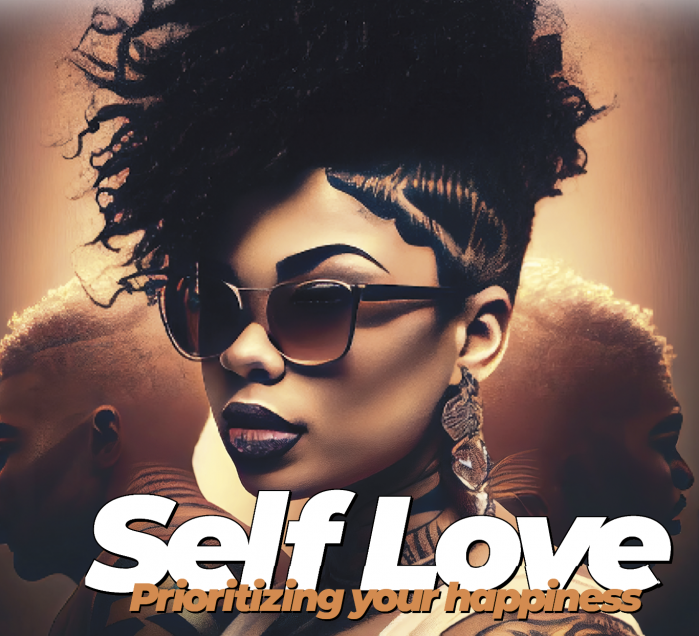 Stress, depression, and anxiety, coupled with expectations from family, society, and the fast-paced world we live in, can easily set up a person for a downward spiral.

We see this played out daily in news headlines with high crime rates, suicides, and broken families. This is especially a concern for people of color who already live in a world of systemic racism. Just last year, it was reported that researchers studied nearly 200 Black mothers and found higher rates of postpartum anxiety and depression when linked to the pandemic and racism.

While systemic racism will not be solved overnight, communities of color can find ways to prioritize their happiness and focus on their mental health.

In a recent episode of Oprah Daily’s “The Life You Want,” she interviews therapist and author Dr. Corey Yeager, who counsels players and staff in the NBA’s Detroit Pistons. In his new book, “How Am I Doing,” he asks readers in the opening pages, who is the most important person in your life?

Oprah answered (like many others) everyone else except her. Dr. Yeager said it’s hard to see ourselves as No. 1 when we haven’t been taught how to do it.

“Where does your happiness come from?” said Yeager in his workshop with Oprah. “No one can make us happy. My happiness comes from me. Others can facilitate it, but my happiness is rooted in me. I have to find ways to engage with myself.”

How does Yeager prioritize his happiness? He creates habits by smiling at himself first thing in the morning and lifting his mood by playing Bill Withers “Lovely Day” while getting dressed for work.

Other ways to keep yourself No. 1 are learning to meditate, walk your dog, read a book, exercise, get your hair done, or go on spa appointments. Self-care can cost nothing or something you lavishly give yourself once in a while.

Yeager adds that every day will not be perfect, but the first step is awareness of your actions and feelings and learning to calm yourself down. He often tells basketball players before they take that free throw to put themselves in a calm state of mind where they see themselves positively making that shot. He adds for some people; it’s saying mantras, and for others, it may take something else to create tranquility. The key is creating habits and routines to provide more pleasure, comfort, gratitude, hope, and inspiration, which will lead to positive emotions that increase happiness.

“The Pursuit of Happyness” (the Will Smith movie) doesn’t just have to be about money, but an overall better mental state and happier life. Research proves happy people have better outcomes. According to an article in PositivePsychology.com: 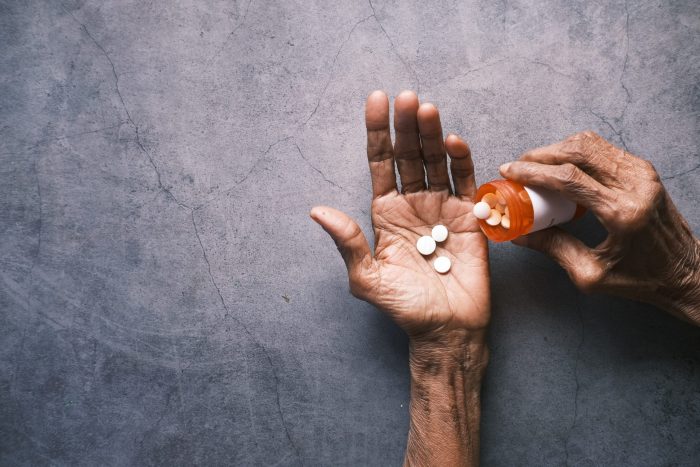 To explore this question, the Institute for Patient Access analyzed 2019, 2020, and 2021 national pharmacy claims for 3.74 million patients living with one of three diseases: asthma, chronic kidney disease, or cardiovascular disease. Claims data spanned both commercial health plans and Medicare.

The report said in an attempt to lower costs and protect profits, insurance companies can limit access to prescription medication using one of several mechanisms. Prior authorization, for example, can delay patients’ access while the provider waits for health plan approval for the prescribed medication. A lengthy rejection and appeal process sometimes ensues.

Through step therapy, insurers require patients to try and fail one or more medications that the health plan prefers before getting coverage for the prescribed medication. Claims data show that, among asthma, chronic kidney disease, and cardiovascular disease patients covered by commercial insurance, Black and Hispanic patients experience considerably higher rejections than white patients. Not being able to access prescription medications or abandoning prescriptions (because it’s too difficult to get) can contribute to unchecked disease progression and poor health among communities of color.

Some of the key findings

Black and Hispanic patients not only experience higher rates of medication rejection, but also experience worse outcomes than white patients later on.

White patients have a higher tolerance for high out-of-pocket expenses. Out-of-pocket medication costs averaged $100 or more for Black and Hispanic patients on Medicare.

The Institute for Patient Access is a physician-led nonprofit research organization highlighting the benefits of patient-centered care. To see the full report, go to (InstituteForPatientAccess.org).