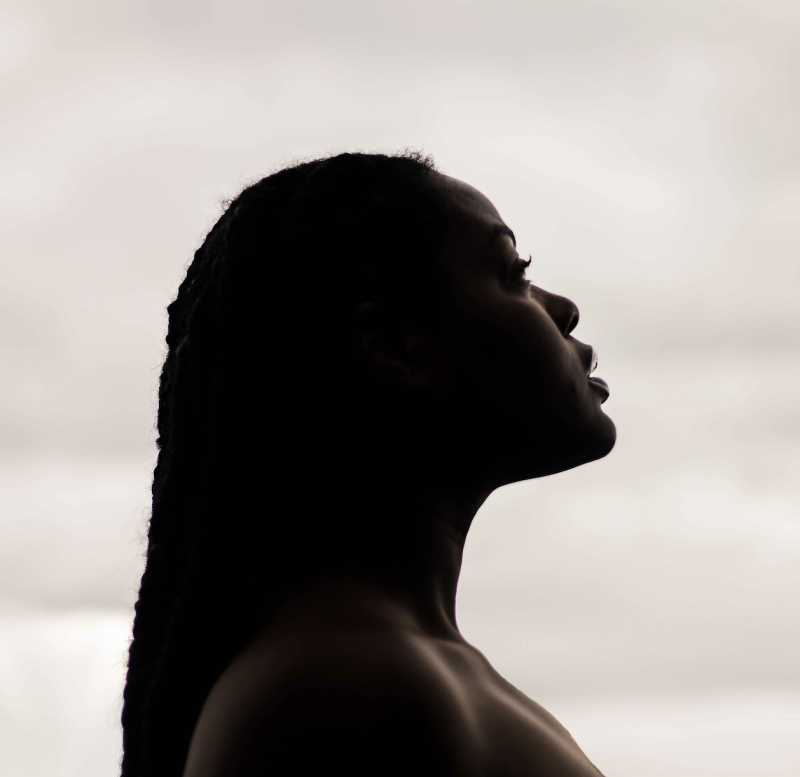 The suit not only includes L’Oréal but entities that assisted in the development, marketing, and sale of the defective products including Motions, Dark & Lovely, Olive Oil Relaxer, and Organic Root Stimulator.

Jenny Mitchell first started using these products around 2000 and continued until 2022. In August 2018, Mitchell – with no family history of uterine or other cancer – was diagnosed with uterine cancer and underwent a full hysterectomy.

This landmark case got a big boost from a recent study in the Journal of the National Cancer Institute, that said frequent users of chemical hair straightening products, defined in the study as more than four uses a year, were more than twice as likely to develop uterine cancer than those who didn’t use those products. The National Institute of Health’s National Institute of Environmental Health Sciences conducted the study.

The study estimates that among women who did not use hair-straightening chemical products in the past 12 months, 1.6% developed uterine cancer by age 70. Still, about 4% of the women who frequently use such hair-straightening products developed uterine cancer by age 70. Hair products may contain hazardous chemicals with endocrine-disrupting and carcinogenic properties. Previous studies have found hair product use to be associated with a higher risk of hormone-sensitive cancers, including breast and ovarian cancer; however, no previous studies investigated the relationship with uterine cancer.

The study data includes 33,497 U.S. women ages 35-74 participating in the Sister Study, a study led by the National Institute of Environmental Health Sciences (NIEHS), part of NIH, that seeks to identify risk factors for breast cancer and other health conditions. The women were followed for almost 11 years and during that time, 378 uterine cancer cases were diagnosed.

Uterine cancer accounts for about 3% of all new cancer cases but is the most common cancer of the female reproductive system, with 65,950 estimated new cases in 2022. Studies show that uterine cancer incidence rates have been rising in the United States, particularly among Black women.

According to the study, approximately 60% of the participants who reported using straighteners in the previous year were self-identified Black women. Although the study did not find that the relationship between straightener use and uterine cancer incidence was different by race, the adverse health effects may be greater for Black women due to higher prevalence of use.

“Because Black women use hair straightening or relaxer products more frequently and tend to initiate use at earlier ages than other races and ethnicities, these findings may be even more relevant for them,” said Che-Jung Chang, Ph.D., an author on the new study and a research fellow in the NIEHS Epidemiology Branch.

The findings are consistent with prior studies showing straighteners can increase the risk of hormone-related cancers in women.

The researchers did not collect information on brands or ingredients in the hair products the women used. However they note that several chemicals found in straighteners (such as parabens, bisphenol A, metals, and formaldehyde) could be contributing to the increased uterine cancer risk observed. Chemical exposure from hair product use, especially straighteners, could be more concerning than other personal care products due to increased absorption through the scalp which may be exacerbated by burns and lesions caused by straighteners. 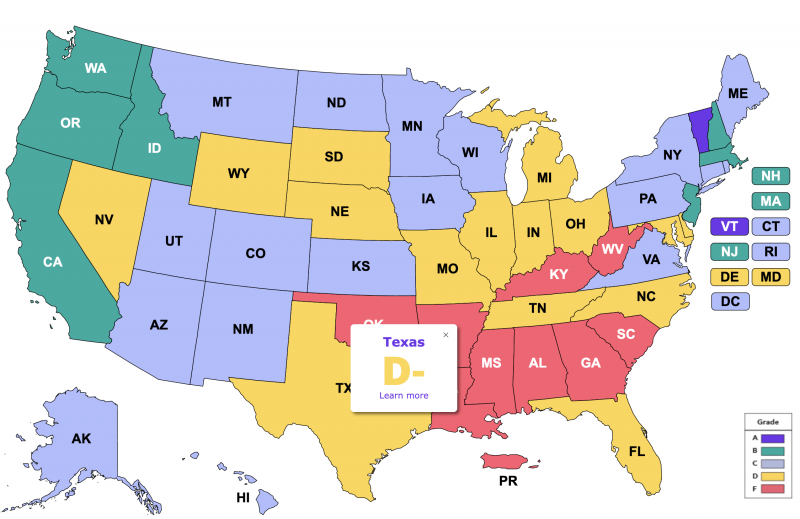 March of Dimes, the nation’s leader in mom and baby health, recently released its 2022 Report Card, revealing that the U.S. preterm birth rate increased to 10.5% in 2021 – a significant 4% increase in just one year and the highest recorded rate since 2007. Despite reporting a slight decline last year, the preterm birth rate has steadily increased since 2014, earning the country a D+ grade in the Report Card.

The data also shows persistent racial disparities across maternal and infant health measures that were compounded by the COVID-19 pandemic, making the U.S. among the most dangerous developed nations for childbirth.

Several factors may contribute to the high rate of preterm births, including inadequate prenatal care and preexisting maternal health conditions such as hypertension and diabetes. Over 21.1% of Black women and 26.8% of American Indian/Alaskan Native women in the U.S. do not receive adequate prenatal care. The pandemic has further exacerbated the struggle for parents to access maternal care from hospitals and other prenatal providers.

“It’s clear that we’re at a critical moment in our country and that’s why we’re urging policymakers to act now to advance legislation that will measurably improve the health of moms and babies,” said Stacey D. Stewart, president and CEO of March of Dimes.

The report also reveals that low-risk Cesarean births remain alarmingly high, with the highest rates among Black mothers (31.2%). Overall Cesarean delivery rates increased from 31.8% to 32.1% in 2021 and represent nearly one-third of all births. While Cesarean birth is lifesaving in medically necessary situations, this form of delivery is major surgery and does have immediate and long-term risks. With about eight in 10 maternal deaths now preventable according to the CDC, reducing rates of Cesarean births may reduce adverse maternal health outcomes associated with medically unnecessary Cesarean birth.

To better understand and address the social drivers to healthcare, this year’s report includes the Maternal Vulnerability Index (MVI) – a new measure of the social determinants of health that impact pregnant people and their babies. Developed in partnership with Surgo Ventures, the MVI is the first county-level, national-scale, open-source tool to identify where and why moms in the U.S. are vulnerable to poor health outcomes. The MVI shows that Black women in the lowest vulnerability counties are still at higher risk of death and poor outcomes than white women living in the highest vulnerability counties.

Alongside the release of the report, March of Dimes is delivering the Mamagenda for #BlanketChange, an emergency call-to-action to Congress to improve the health of moms and babies. The Mamagenda calls for immediate action to advance policies that support equity, access and prevention, advocating for the enactment of the Black Maternal Health Act of 2021 (H.R. 959/S. 346) and the Pregnant Workers Fairness Act (H.R. 1065/S.1486) to help prevent racial and ethnic discrimination in maternity care, expand access to midwifery care, provide reimbursements for doula support, and more.

It calls for adopting Medicaid expansion and permanently extending Medicaid postpartum coverage to 12 months as authorized under the American Rescue Plan Act. 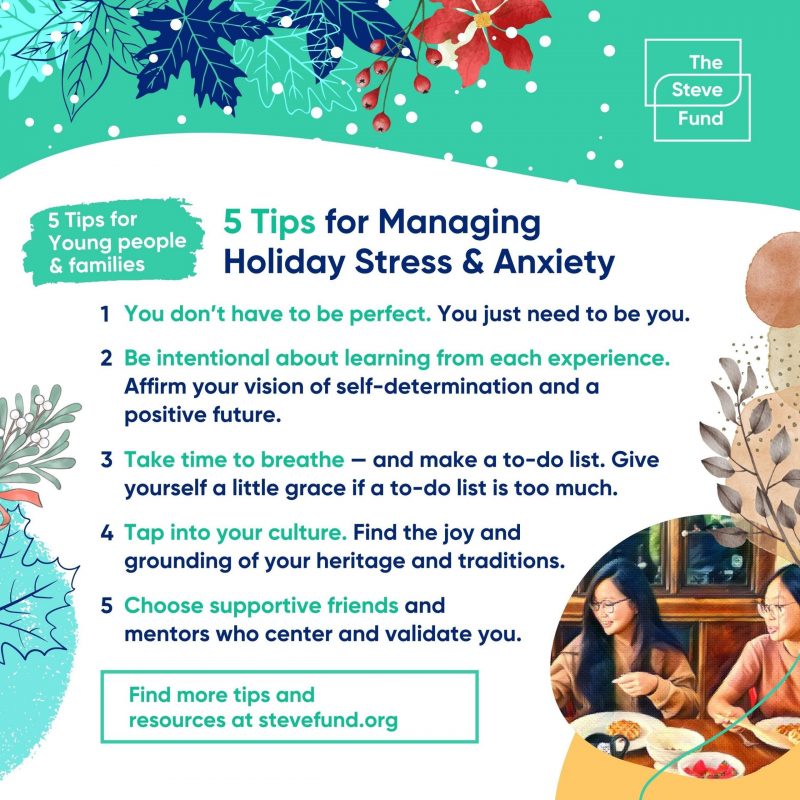 From new restrictions to women’s reproductive health, to recent school shootings, and the loss and grief associated with the pandemic, it has been a particularly challenging year for students, families, and LGBTQIA+ youth of color and their families. As the holiday season approaches, many face the added stress of family dynamics and mental health challenges over Thanksgiving, Christmas and Kwanzaa.

“While the holidays are a joyful time of year for many, the reality is that the holidays come with added stress and anxiety,” said Dr. Tia Dole, Ph.D., Executive Director of The Steve Fund. “We are keenly aware of the stressors many Black and Brown students, their families and LGBTQIA+ youth of color will face over the next few weeks. To support our community, we have created a new toolkit and tips designed specifically for communities of color and their families, and we are working to ensure that everyone who struggles with stress, anxiety, and emotional wellness over the holidays finds the mental health resources and support they need.”

For those experiencing more severe symptoms, text STEVE to 74141 or call/text 988 for the Suicide & Crisis Hotline. 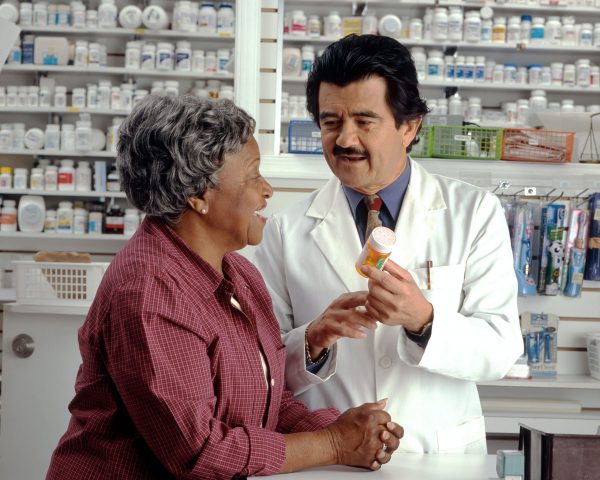 On his new website, Cost Plus Drug Company (CostPlusDrugs.com), Mark Cuban said that “every American should have access to safe, affordable medicines. If you don’t have insurance or have a high deductible plan, you know that even the most basic medications can cost a fortune. Many people are spending crazy amounts of money each month just to stay healthy. No American should have to suffer or worse – because they can’t afford basic prescription medications.”

The site features popular drugs and generics for diabetes, high blood pressure and asthma. Also, Amazon recently made news of its own when it announced it’s forming a new venture in conjunction with JPMorgan and Berkshire Hathaway to put a check on skyrocketing costs.

This news is in addition to President Bident’s recent executive order directing the Department of Health and Human Services (HHS) to explore actions to lower prescription drug costs.

Earlier this year, HHS released a report showing that the price of 1,200 prescription drugs rose faster than inflation in the last year. For example, one manufacturer of a drug used to treat high blood pressure and heart failure, used by millions of Medicare beneficiaries, increased the drug’s price by nearly 540 percent in 2022. Another drug used to treat autoimmune conditions increased by $1000 this year. Medicare is a federal health insurance program for U.S. adults 65 or older and younger people receiving disability benefits.

To further lower healthcare costs, the Treasury Department fixed the so-called “family glitch” rule, which made it harder for families to afford healthcare coverage for their spouse or child. About 1 million Americans will either gain coverage or see their insurance become more affordable to the new rule.

Starting this January, seniors and other Medicare beneficiaries will begin to see the benefits of these cost-saving measures. Because of the Inflation Reduction Act:

During Medicare Open Enrollment – running from October 15 to December 7 – seniors and other beneficiaries will be able to choose drug coverage that reflects these new cost-savings.

Medicare beneficiaries should visit Medicare.gov or call 1-800-MEDICARE to review their options for the coming year.