Black Pro Athletes We Lost in 2022 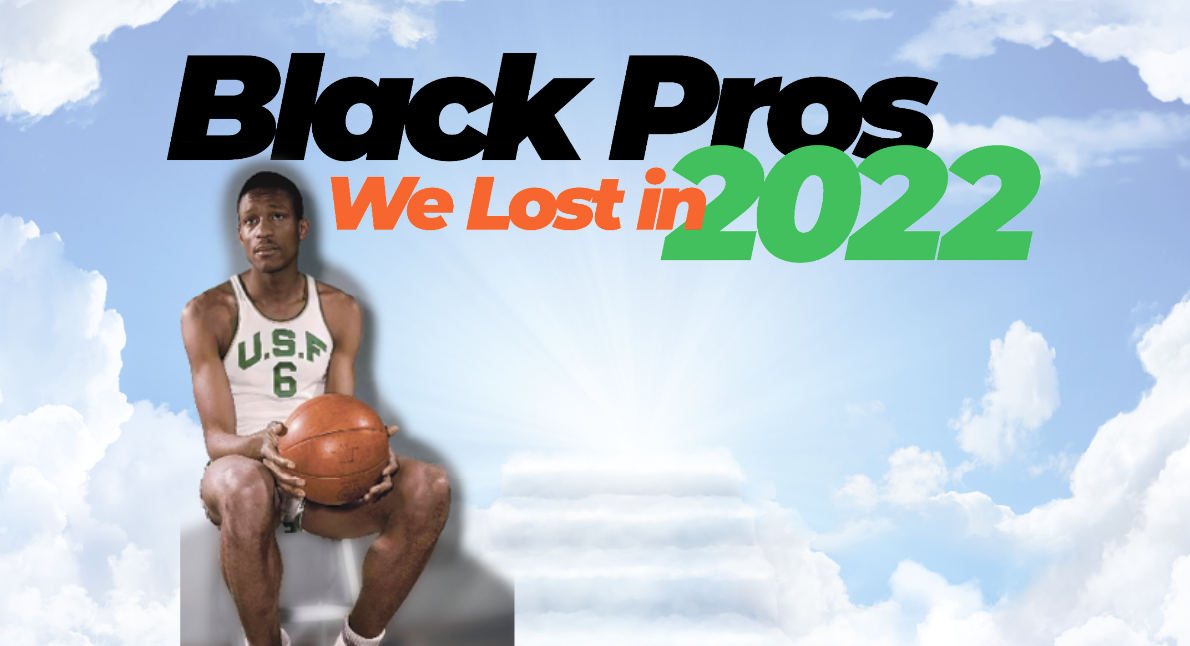 Last year (2022) proved to be a challenging year for Black athletes. In addition to the greatest soccer player (Pelé) of all time passing away Dec. 29, many other professional athletes died in 2022.

NBA players are donning No. 6 to honor NBA great Bill Russell, who was known for his career with the Boston Celtics. He died on July 31 at the age of 88.

Lusia Harris passed away on Jan. 18 at the age of 66. The New Orleans Jazz drafted Harris as the 137th pick of the 1977 NBA Draft, but she never played a game. She was chosen to play for the U.S. Olympic team in 1976. Harris was the first Black woman and female college player to enter the Basketball Hall of Fame.

Tiffany Jackson, 37, was a professional basketball player and coach known for her iconic college career at the University of Texas. She passed away Oct. 3 after battling breast cancer.

John Drew, 67, played in the NBA for 11 seasons. He died April 10 from bone cancer. Caleb Swanigan, 25, died on June 20. Swanigan died of natural causes and was a first-round draft pick in 2017 by the Portland Trail Blazers.

Adreian Payne, 31, was shot and killed in Orlando, Florida May 9 while trying to help a woman engaged in a domestic dispute. He played four seasons in the NBA. Wayne “Coop” Cooper played 14 seasons in the NBA. Cooper, 65, passed away April 11 following a battle with kidney disease.

Jeff Gladney, 25, died May 30 in a horrific car crash in Dallas, along with his girlfriend. He was a defensive back for the Arizona Cardinals and a first-round pick in the 2020 NFL Draft. Less than one month before his 25th birthday, Pittsburgh Steelers quarterback Dwayne Haskins was tragically struck by a vehicle and subsequently died April 9. Former cornerback for the Carolina Panthers, Rashard Anderson, 45, died of pancreatic cancer July 13.

Earnie Shavers, 78, was a two-time world heavyweight championship boxer. He passed away Sept. 1. Anthony “Rumble” Johnson, 38, was a mixed martial artist who competed in the Ultimate Fighting Championship. He passed away Nov. 13 from organ failure due to non-hodgkin’s lymphoma.

Honoring the Life of Pelé 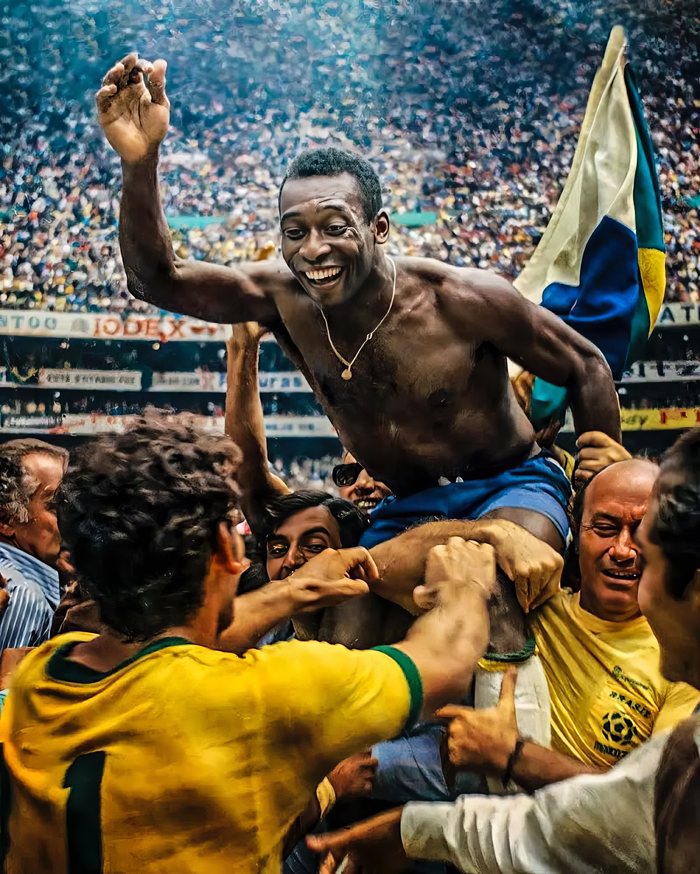 As the world watched Argentina recently win the FIFA World Cup, it’s about to mourn a soccer legend that spanned continents. Pelé, born Edson Arantes do Nascimento, is considered one of the greatest soccer players in history.

His family is currently by his bedside as his health is failing at the age of 83 from colon cancer and other ailments.

The Roots of Fight clothing website, which features his iconic No. 10 on shirts and pants, said it best of Pelé’s impact, “It has been said that what God is to religion Pelé is to soccer. No singular athlete has ever meant so much to a sport. No presence hovers over a playing field so completely, and no one player sings in the hearts of his countryman so passionately. For Brazil, Pelé means hero. The man who gave the country three World Cups, in 1958 when he was just 17 years old, then again 1962, and then again 1970.

People joke about important athletes being national treasures — Pelé literally was declared a national treasure in Brazil in 1961. For America, Pelé means legend — the man who gave the country soccer and filled it with imagination. For Nigeria, Pelé meant peace. His presence was enough to halt a war when he came to play there in 1969. For South Africa, Pelé meant awe. Nelson Mandela once said, ‘To watch him play was to watch the delight of a child combined with the extraordinary grace of a man in full.’”

Pelé achieved 1,283 goals throughout 1,363 games. In 1977, Pelé competed in an exhibition match between the New York Cosmos and Santos F.C. in front of thousands of spectators – including boxing great Muhammad Ali – at New Jersey’s Giants Stadium. He played the first half of the game for Santos, switched jerseys, and played for the Cosmos in the second half.

Growing up in poverty, Pelé, an Afro-Brazilian, eventually became involved in humanitarian efforts. However, others wanted him to be more vocal about the anti-Black violence that’s prevalent in Brazil. In 1994, Pelé served as the United Nations Educational, Scientific and Cultural Organization’s Champion for Sport and a Goodwill Ambassador for UNICEF, creating such campaigns as Children in Need fundraising in 1996 and the Match of the Hearth in 2000. In 1997, Queen Elizabeth II bestowed Pelé the honorary title of Knight Commander of the British Empire for his humanitarian work and activism. 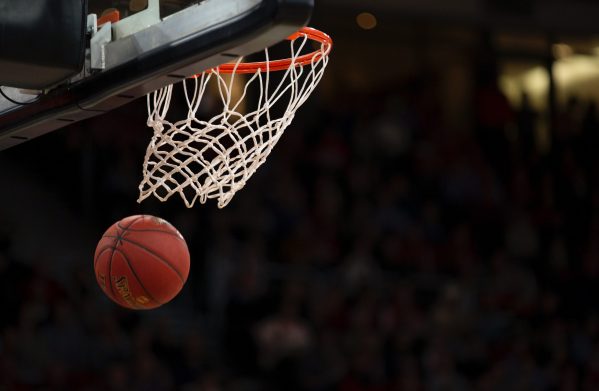 Seeing your favorite HBCU basketball team rival it out with a fellow HBCU team on regular television will soon be a reality thanks to the Black College Sports Broadcasting Network or BCSBN, which is bringing HBCU sports into the homes of more fans through a newly-created network of local television stations in the nation’s largest television markets.

For the first time in history, Black college basketball games will be shown on local television stations instead of cable. The games will be broadcast in 50 of the nation’s largest television markets, from New York to California.

The new network has already started broadcasting HBCU football and, beginning January 7, 2023, will promote HBCU basketball. It will broadcast HBCU basketball doubleheader games on eight consecutive Saturdays beginning on Jan. 7 and ending on February 25, 2023. All 16 basketball game broadcasts will be preceded by a 30-minute pre-game show titled “HBCU GameTime.” BCSBN programs are televised through the nation’s largest Black television markets with local television stations. The network’s audience is in markets concentrated East of Dallas, but viewers can also be found in Los Angeles, San Francisco, Seattle, Denver, Phoenix, and Minneapolis.

In addition to showing the high-intensity pep bands, the broadcasts will also showcase America’s treasured HBCU institutions and include a look at their campuses, unique history, and academic accomplishments.

BCSBN is a division of Texas-based PRC Communications. To see markets and TV stations where the games will be shown, visit (BCSBN.com).