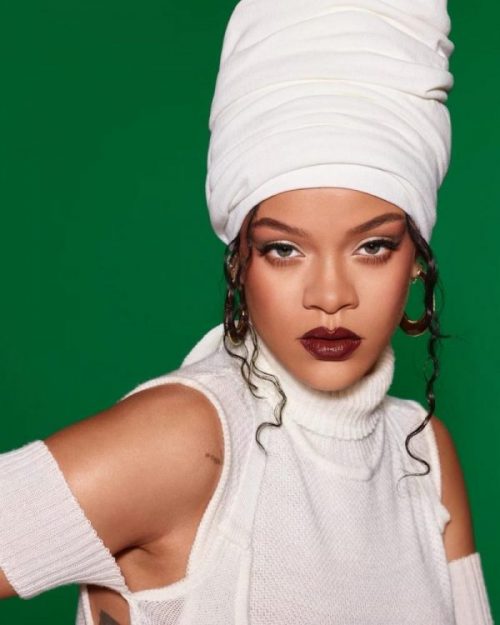 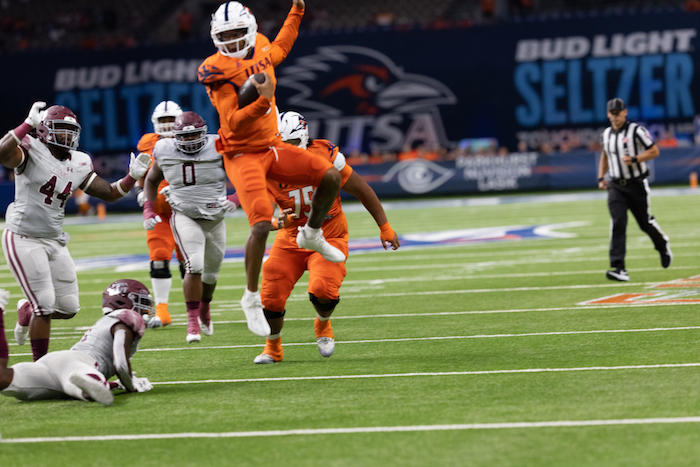 Bouncing back from a plague of injuries, two weeks on the road and a loss to the Texas Longhorns last week, the UTSA Roadrunners needed a win. Playing their last non-conference game of the season, the Roadrunners had several loss of yards penalties early in the game, but they exhibited their Triangle of Toughness in a 52-24 blowout over the FCS-member Texas Southern Tigers in this first ever matchup. Saturday’s “Orange Out” game consisted of some major history making plays.

UTSA took an early lead with a 19-yard run touchdown by quarterback Frank Harris. TSU responded quickly with a touchdown by Andrew Body tying the game 7-7, but near the end of the 1st quarter, in one of the best plays of the game, sophomore wide receiver Chris Carpenter ran a 97-yard return, UTSA’s first ever kick return for a touchdown. UTSA ended the quarter 14-7.

UTSA led the game 21-17 at halftime and held the lead for the rest of the game. Other history makers of the game included quarterback Frank Harris breaking the school’s record for career touchdown passes throwing for 392 yards for the day. Wide receiver De’Corian Clark tied his own record for touchdown receptions (3 total) in a single game also broke the school’s record for receiving yards in a game, having concluded with 217 yards on 9 catches. And we can’t forget the defense who forced two turnovers in the game. Dylan Griffin and Avery Murphy had one each.

Although it was a much needed win for the Roadrunners, Coach Jeff Traylor was not pleased with the teams play, noting they were not quite where he’d like them to be. UTSA moves to 2-2 and will begin USA Conference play when they go on the road Friday, September 30th against Middle Tennessee.

“Back Home in the Dome” 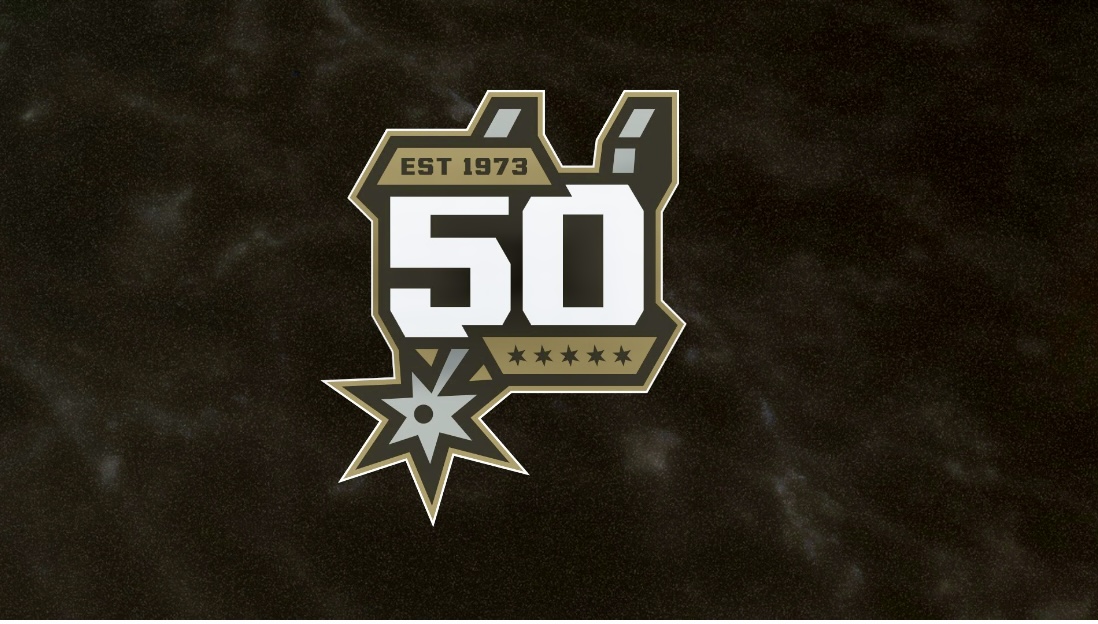 Calling all fans: Show your Black & Silver Pride. Be a part of history and help the San Antonio Spurs celebrate the team’s 50th anniversary. Get ready to head back to and pack the ‘Dome for one more game. Fans can help the San Antonio Spurs break the NBA’s all-time attendance record? For one night only the Spurs will be “Back Home in the Dome” for the first time since 2002 as they host the defending champion Golden State Warriors on Friday, Jan. 13, 2023. The team strives to break the NBA’s all-time attendance record for a regular season game by filling the 65,000-plus capacity Alamodome with the best fans in the NBA!

Other memorable events and celebrations will take place throughout the 2022-23 basketball season to include Manu Ginobili’s 2022 Basketball Hall of Fame induction, games played in Mexico City and Austin,TX, and a host of keepsake collectibles given out at various games this year. For more information visit https://www.nba.com/spurs.