Maia Chaka made history in early March becoming only the second woman and the very first Black woman to be hired as an NFL referee since the league was founded in 1920. Chaka was added to the NFL roster of game officials for the 2021 season.

“I am honored to be selected as an NFL official,” Chaka said in a statement. “But this moment is bigger than a personal accomplishment. It is an accomplishment for all women, my community, and my culture.”

“It didn’t really hit me until just now,” Chaka said on The Today Show. “When I saw the introduction, I’m like, ‘This is really real,’ because this is just something that we’re just always taught to work hard for. Sometimes we just don’t take time to stop and smell our own roses.”

Chaka, a 2006 HBCU graduate of Norfolk State University earned her Bachelor’s degree in education. Currently she is a health and physical education teacher at Renaissance Academy where she teaches at-risk youth. She once received a Teacher of the Year award a few years back.

In 2014, Chaka made history as one of the first women officials to work a FBS bowl game. She has worked NFL preseason games as part of the developmental program, but now she will be part of the crew for regular-season action. She began her career in 2006 officiating high school games and then moved up in the college ranks to Conference USA and then the Pac-12 Conference, according to The Virginian-Pilot. Chaka most recently has been working Pac-12 games and also worked the sidelines for the short-lived XFL last year.

Chaka hopes to encourage young people, especially her students to reach for their dreams.

What a proud and distinguished honor to earn during Women’s History Month! Congratulations Maia Chaka! 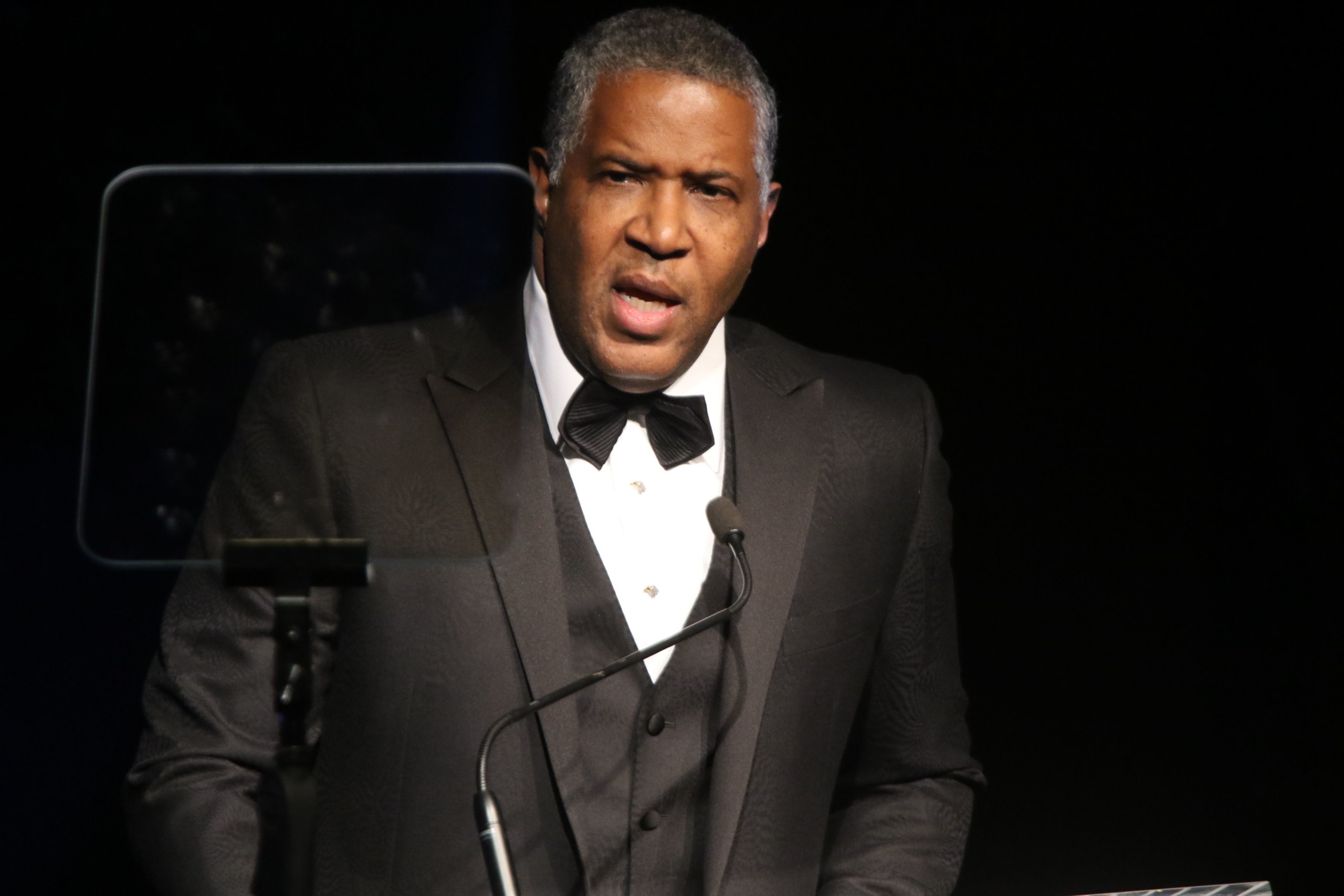 Robert Smith is a businessman and philanthropist who has had a very successful career in the financial industry. He has been interested in owning an NFL team for some time, but had not found the right opportunity.

The Denver Broncos are one of the most storied franchises in the NFL. They have won 6 Super Bowls and are currently valued at $2.6 billion, making them one of the most valuable franchise in football.

It should come as no surprise that a billionaire from Colorado has emerged as one of the possible bidders for the Broncos. An NFL success story, his efforts will make him the first black team owner in NFL history.

Smith would need to spend $1.2 billion, as the NFL requires primary owners to put up 30% in cash.

According to a Denver Gazette report, six groups are looking to buy the Broncos. One has former quarterback Peyton Manning and former president & general manager of the Broncos John Elway. Others include a group led by Ms. Brittany Bowlen – daughter of late owner Pat Bowlen.

The sale of the Broncos could go for more than $4 billion, making it the richest team sale in the history of American sports. If the team sells for $4 billion, Smith would need to spend $1.2 billion, as the NFL requires primary owners to put up 30% in cash.

Denver native Smith has pledged to pay off student debt acquired by 400-plus of the University’s graduates. He is currently the chairman and CEO of Vista Equity Partners which he founded in 2000.

Smith has an estimated net worth of $6.7 billion and is ranked as the richest Black person in America, according to Forbes. The Broncos have a current value of $3.75 billion, with room to grow to more than $4 billion if sold now. Created in August 2020 to reduce the persistent racial wealth gap, the NBA Foundation has awarded $22 million to 78 national and local organizations. This is the fourth round of grants and is the most-awarded grant round to-date, totaling more than $11 million to 38 nonprofit organizations, including WestCare, that were chosen for their commitment to driving economic empowerment for Black youth.

“We applaud WestCare Foundation for their incredible work in helping to empower our next generation through programs that create meaningful and sustained change,” said Kara Allen, Chief Impact Officer for Spurs Sports and Entertainment (SS&E). “At SS&E, we believe in building leaders and legacies within our community and this partnership is an extension of that promise. We are excited to see the impact WestCare will have on local youth and their promising futures.”

WestCare empowers people in San Antonio and Bexar County to engage in a process of healing, growth, and change to benefit themselves, their families, coworkers and communities. The grant will specifically be used to strengthen WestCare’s “Project YES” program, which will provide youth ages 14 – 24 with mentorship opportunities, interpersonal skill-building and financial literacy opportunities. Project YES is a new program that focuses on serving hard to reach and underserved youth, who often lack access to health services. This program supports them in successfully transitioning from school to purposeful employment with the goal of helping them to achieve a healthy, safe and sustainable lifestyle.

“We are saying ‘YES’ to youth to expose them to life-changing opportunities and help them become the best at whatever they do,” said Beverly Watts Davis, Senior Vice President for Texas, WestCare Foundation. “These funds will also support collaborative community efforts that leverage multiple resources to provide comprehensive skills building and youth development services that address multiple risk factors and social determinants our youth face daily.”

The NBA Foundation’s mission is to provide skills training, mentorship, coaching and pipeline development for high school, college-aged, job-ready and mid-career individuals in Black communities across the United States and Canada. The NBA Foundation aligns with NBA teams and team-affiliated foundations to invest in partnerships that promote meaningful economic empowerment for Black youth in local markets. To learn more about the NBA Foundation or apply for a grant, please visit NBAFoundation.com or follow @NBAFoundation.

The full list of the 38 grantees and their efforts can be viewed here.