West Point Military Academy cadet Tyrese Bender of San Antonio is one of just 32 students nationwide to be presented with a prestigious U.S. Rhodes Scholarship.

Rhodes Scholars are awarded financial assistance to complete graduate or master’s degree work at Oxford University in Oxford, England. The scholarships are based on students’ scholarly achievements.

Bender, an engineering management major, is a deputy brigade commander, a two-year track team captain and a contributor to the West Point’s inaugural U.S. Corps of Cadets Diversity, Equity and Inclusion Strategy.

The Corps of Cadets Diversity, Equity and Inclusion Strategy is an on-campus organization that promotes recruitment, admission and retention of cadets, staff and faculty from diverse backgrounds. The group also strives for an inclusive on-campus environment that supports their development and retention.

“[Cadet Bender has] found creative and bold ways to foster diversity, equity, and inclusion through leadership and studies at West Point,” Brigadier General Cindy Jebb, West Point’s dean of the Academic Board, said in a release.

Bender will graduate from West Point in 2021, after which he will pursue graduate studies at Oxford. While there, he intends to earn a Master of Philosophy in Sociology and Evidence-Based Social Intervention and Policy Evaluation. 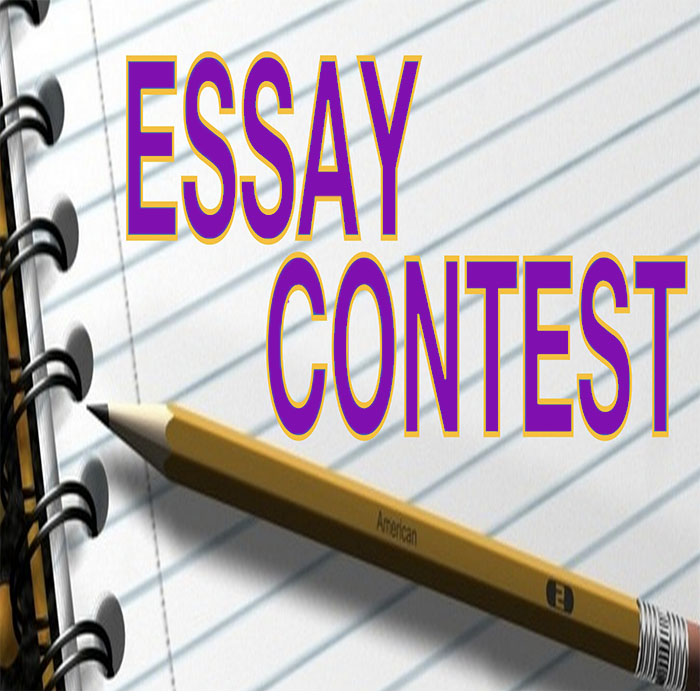 With the rise of inflation and the cost of college skyrocketing, it’s never too early for high school students to start preparing for their post-high school journey. Now is the time to start applying for scholarships as they come available.

The Omega Psi Phi Fraternity, Inc. has announced its annual International High School Essay Contest. Four College Scholarship Awards will be awarded. (1st Scholarship: $5,000; 2nd Scholarship: $3,000; 3rd Scholarship: $2,000; 4th Scholarship: $1,000). The contest is open to all college-bound, high-school seniors who submit an essay application through a local chapter of the fraternity. This year’s Essay Title is “A world crisis has caused a paradigm shift for health disparities and social justice; what are your suggestions for positive change.” The essay contest closes October 21, 2022. For more information visit an Omega Psi Phi Fraternity, Inc. near you. San Antonio college-bound high school students may visit www.psialphachapter.com for more information and to access the application.

One of the most acclaimed HBCUs in the nation and home of an astounding list of alumni to include the Vice President of the United States, Kamala Harris, Howard University and Jordan Brand team up for the next 20 years to establish academic and athletic opportunities.

Howard University, is one of the most esteemed Historically Black Colleges and Universities (HBCU’s) with a tremendous legacy, rooted in a commitment to excellence. Jordan Brand is proud to continue that legacy through a 20 year partnership that will create academic and athletic opportunities that elevate the best of the Black Community.

The partnership deepens Jordan Brand’s connection to HBCU culture — which has influenced all aspects of Black culture in North America — and honor’s the university’s heritage by driving cultural connections across the diaspora.

“We have always been proud of our legacy at Howard University, but we are audacious enough to believe our future could be brighter than our past. Partnering with Jordan Brand is another signal of our ambitions as a university to become an even brighter beacon for Black Excellence. We are thrilled to work on that vision of greatness together,” says Dr. Wayne A.I. Frederick, Howard University President.

“This partnership amplifies the culture of champions we are building at Howard,” says Kery Davis, Athletic Director for Howard University. “After winning multiple MEAC Championships last year we are poised to continue with Jordan Brand by our side.”

Beyond excellence on both court and field, Jordan Brand also aims to unlock new opportunities in recruitment that simultaneously elevate athletic and academic experiences.

“HBCU‘s have been impacting culture since the beginning. Now we see a new era on the horizon, and an opportunity with Jordan Brand to introduce Howard University to the world. I’m excited to see our university collaborate with a partner like Jordan Brand that already means so much to the Black Community. Together, we have the power to make a difference and inspire the next generation of students to do the same,” says Jordyn Allen, Howard University Student Association President.

In addition to the partnership with Howard University, Michael Jordan and Jordan Brand’s $100M commitment to the Black Community helps advance the work of organizations fighting to create systemic change. 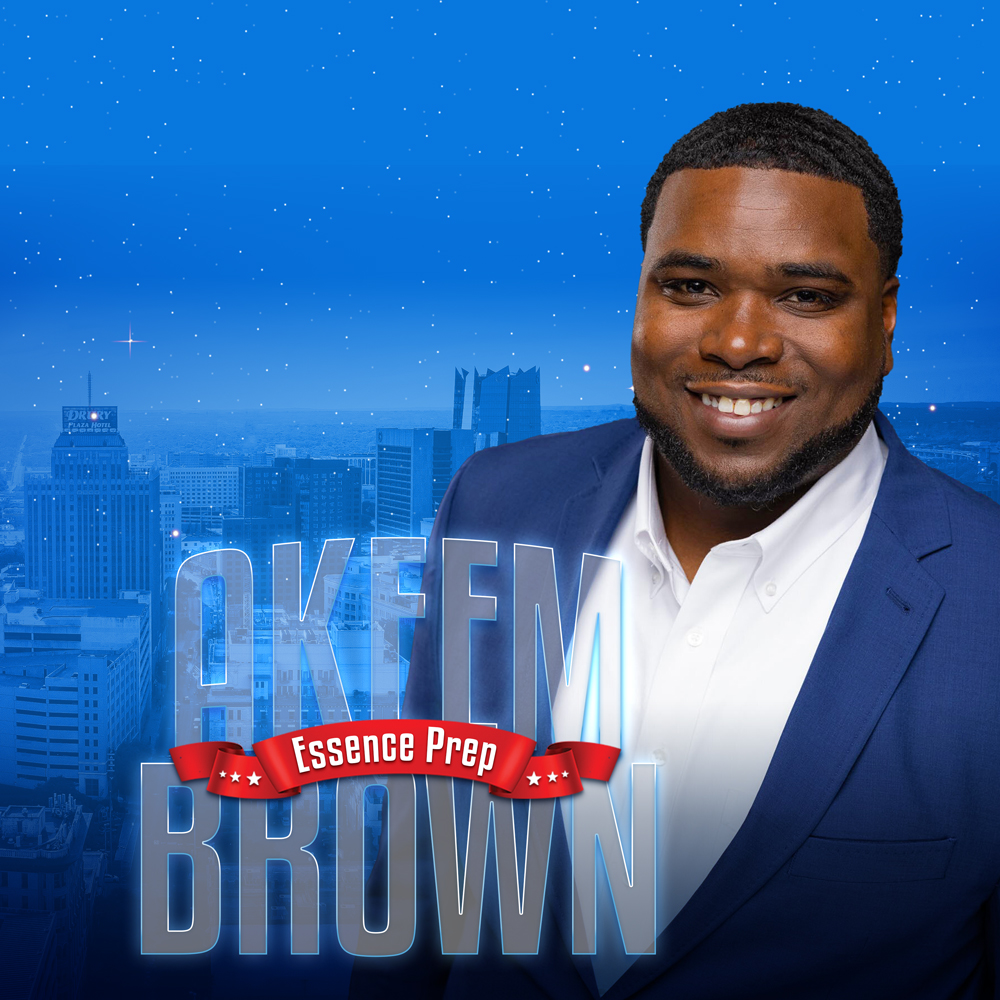 San Antonio’s newest school is opening its doors for kindergartners to fifth graders this fall. Essence Preparatory is a culturally and academically focused public school helping Black and brown students get better opportunities they often don’t find in other school settings.
The tuition-free public charter school, partially funded by the state, has a temporary location at 4535 Lord Road on San Antonio’s East Side. The school’s permanent location nearby Lord Road is slated to open in 2023.

When students start their classes on Aug. 22, they will see a diverse staff, which includes Black male teachers and smaller class sizes of about 15 students to one teacher. Texas state law requires a 22-to-1 student-teacher ratio in kindergarten through fourth grade, though districts can apply for waivers to exceed it. Essence Prep has a two-teacher per classroom model and anticipates enrolling 360 students.
Students will also learn from an innovative curriculum focusing on project-based, social-emotional, STE(A)M learning and a student conduct system concentrated on positive outcomes rather than disciplinary actions.

Essence Prep Superintendent Akeem Brown, who is the catalyst and founder of the school, has personally experienced how the education industry can be limiting for students of color.
“Although I attended some of New York City’s top schools as a student, access to that level of education was not available in my low-income community. This experience has led me to my mission to build and lead a high-performing school that directly serves students living in some of San Antonio’s most distressed neighborhoods,” Brown said, who began his career in education as a social studies teacher in Brooklyn, NY.

Brown has since managed programming and communications for the City of San Antonio’s Office of EastPoint and served as the director of operations and interim CEO of San Antonio Growth on the Eastside, where he supported STEM instruction in the San Antonio Independent School District and oversaw a $23.7 million Promise Neighborhood grant. Brown has also served as director of communications and policy for San Antonio’s City Council District 2 and was the director of people operations at Compass Rose Academy. He holds a Bachelor of Science in political science from South Carolina State University and is pursuing a master’s in organizational leadership from Our Lady of the Lake University.

. . . achieving a passing score is commendable, but it is not our gauge for overall student success and pursuit of excellence.

For parents unfamiliar with public charter schools, Essence Prep has to follow strict curriculum guidelines to prepare every student to not only “pass” but excel on the annual state STAAR test.
According to Essence Prep, “achieving a passing score is commendable, but it is not our gauge for overall student success and pursuit of excellence. At Essence Prep, all of our scholars know and understand that education is a privilege and a necessary tool for success in life.”

Brown emphasized that Essence Prep seeks to provide students with the pathways to an opportunity lacking in many areas of the city. Students will grapple with real-world issues and develop the skills necessary to be effective agents of change. The school will adopt community-building traditions like morning circle meetings and weekly family gatherings and use a “whole self” curriculum to teach social and emotional learning skills.

“Our school should be an environment where children learn the skills they need to advocate for themselves and the needs of their communities after graduation,” Brown added.
Essence Prep is currently accepting students entering kindergarten through the fifth grade and will scale to serve students in the 8th grade in the near future. The school will also provide free transportation within a five-mile radius of its location.

Families who do not have their own homes or have been displaced and students in foster or kinship care may register without certain documents. Contact Essence Prep for more information at (210) 446-9882 or visit its website at (www.EssencePrepSA.org).

Pick up your copy of Black Life Texas today!