During Black History Month 2020, PBS KVIE and KVIE2 airs a special program Not All Lost. This half hour reality-based program is designed to provide inspirational profiles of today’s youth, notably those of color that dispel stereotypes often attached to them.

“Not All Lost shines light on the flip side of a coin that too often lands on the negative. It’s refreshing to see the positive side up,” states Glynn Turman, actor/director. The show spotlights inspirational youth. Not all are academically or athletically exceptional. Many are just determined to someday have a normal adult life by whatever positive means necessary. It focuses on their determination to achieve success despite being faced with unfavorable life circumstances and iterating the obstacles that they had to encounter along the way sch as steering clear of gangs, drugs and peer pressure.

“There are hundreds of stories about young people of color succeeding in life despite difficult situations. Not All Lost allows us the opportunity to share those stories with the world,” says David M. Massey, Oscar-nominated producer.

The program features profiles of:

The highlighted individuals exemplify that they are Not All Lost.

Davis M. Massey, Oscar-nominated Director/Producer
David Massey is the first African American in the history of the Academy Awards to be nominated for an Oscar in the Live-Action Short Film category for Last Breeze of Summer (1992). He holds a Bachelor of Arts degree in Communications & Education from Ohio Dominican University, and a Master of Fine Arts in Advanced Film & Television from the American Film Institute. He has produced and directed several films and television shows. His hour-long docudrama Men of Courage received an NAACP Image Award and aired on BET and PBS. Massey produced and directed six short films for UCE Productions banner, including Island Song, which won the Audience Award at the 2013 Pan African Film Festival. When Justice Isn’t Just, a short documentary available on iTunes, examines the shootings of unarmed African Americans by law enforcement. Massey’s latest projects are Where We’re From, a feature chronicling the independent hip hop movement in L.A. in the early 90s; Passage, a short film examining the African slave trade; Not All Lost, a reality-based, celebrity driven PBS TV show; and A Dangerous Road, a feature film based on the first of Kris Nelscott’s seven novels featuring African American private eye Smokey Dalton.

Dawn Kirk-Alexander -Producer
The mother of a young African American male, Dawn created this project with a deeply felt commitment for his safety and the safety of other young Black men in America. When Justice Isn’t Just is her most recent attempt to address justice thru film. Producer-writer of the award-winning documentary Not All Lost, she has produced the short film Baby Girl and several award-winning commercials and public service announcements for TBWA/Chait/Day and Grey Advertising. Winner of the Black Filmmakers Hall of Fame Award for her screenplay Madness, she holds an MFA from Columbia University. She was a line producer for television show American Gladiator and several music videos by directors F. Gary Gray Straight Outta Compton, The Italian Job and Paul Hunter’s Bulletproof Monk.

About Black Hollywood Education & Resource Center
Founded in 1996 by Sandra Evers-Manly, BHERC is a nonprofit, public benefit organization designed to advocate, educate, research, develop, and preserve the history and future of Blacks in film and television. BHERC programs include film festivals, award ceremonies, book signings, script readings, contests, scholarships, and other programs and special events. BHERC recognizes the contributions of Black men and women in front of and behind the scenes in the entertainment industry. 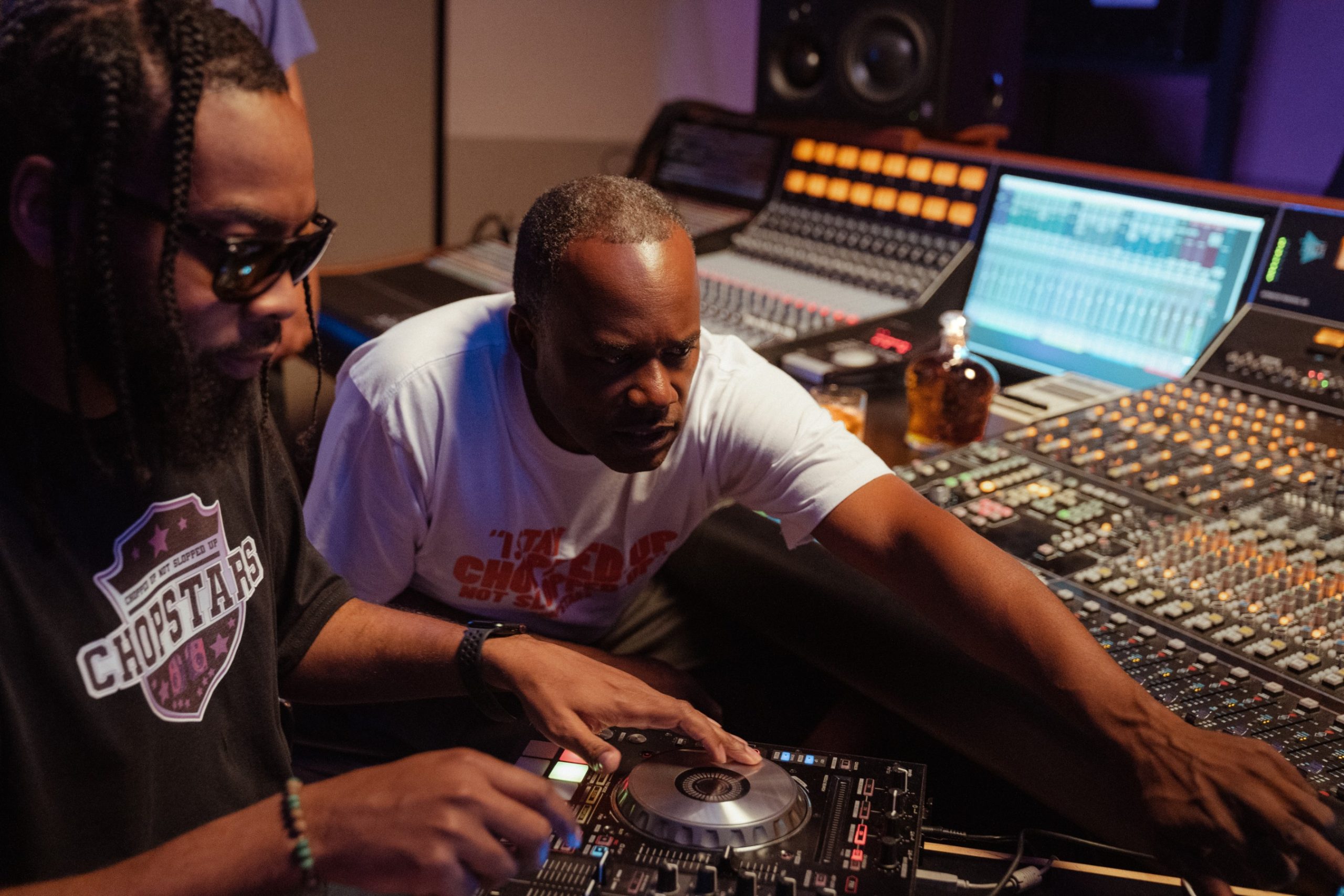 Crown Royal Aged 18 Years continues to redefine what luxury means with a celebration that honors the Chopped & Screwed legends who’ve paved the way for the future changemakers in the Houston community and new musical royalty across the globe.

Tonight, on DJ Screw Day, the anniversary of the iconic mixtape that started the Houston-born Chopped & Screwed genre, the award-winning whisky brand will host an extra rare night of music, art and culture. With curated music from OG Ron C of the Chopstars and Dr. Anne Lundy, the first African American woman to conduct the Houston Symphony, guests will experience a fusion of old and new luxury.

“I’m so grateful to have found a partner in Crown Royal 18, who truly understands what bringing together so many key players of the culture means. Honoring such an extra rare expression of music means so much to my community,” shares Chopstar, producer and DJ OG Ron C. “This partnership is not only about how I express myself through the slow, artfully curated process of making a track, but also about celebrating the real within the Houston community and beyond that truly embodies this journey that I and many of my peers have embarked on.”

Crown Royal 18 Year Old will prepare a royal stage for the Chopped and Screwed sound to be celebrated – mixing iconic hip hop tracks with live orchestration, spoken word and dance – for a one-of-a-kind performance that the distinctive music genre deserves.

“The contributions of Chopped & Screwed music have provided a platform for Houstonians to connect and express themselves through the arts,” says Nicky Heckles, Vice President of Crown Royal. “We are thrilled to bring together such influential leaders in the community for this extra rare evening to celebrate all the amazing work they have achieved and their positive impact on past and future generations.”

Those unable to join the performance in person will be able to experience the vibes of the unforgettable evening wherever they are by downloading the ‘Extra Rare: Chopped & Screwed‘ playlist curated personally by OG Ron C. Over the next 18 days, each stream and download of the Spotify playlist will provide a donation on behalf of Crown Royal 18 Year Old to the Community Music Center of Houston (CMCH), a non-profit that preserves black music traditions especially those to which the community is seldom exposed and are being lost, to keep the extra rare essence of the Houston community thriving.*

“I am honored to be a part of this momentous occasion and to have the Scott Joplin Chamber Orchestra with me. I founded the orchestra to create opportunities for the Black community to perform together and showcase Black excellence in Houston,” Dr. Anne Lundy, CMCH Music Director, Conductor, Violinist, Educator and Ethno-musicologist explains. “The extra rare essence of every community deserves to be put on a stage and this partnership with Crown Royal 18 Year Old helps me continue with my mission of honoring and uplifting the next generation of musicians.”

Crown Royal has been a long standing supporter of the Texas community. In addition to its spotlight on the Houston community and Chopped & Screwed icons, the whisky brand recently celebrated the Black rodeo community in Fort Worth, Texas with an inaugural Juneteenth procession ride in celebration of the holiday and the Bill Pickett Invitational Rodeo.

Crown Royal invites everyone 21+ to toast to the artist communities. Please remember to drink responsibly. 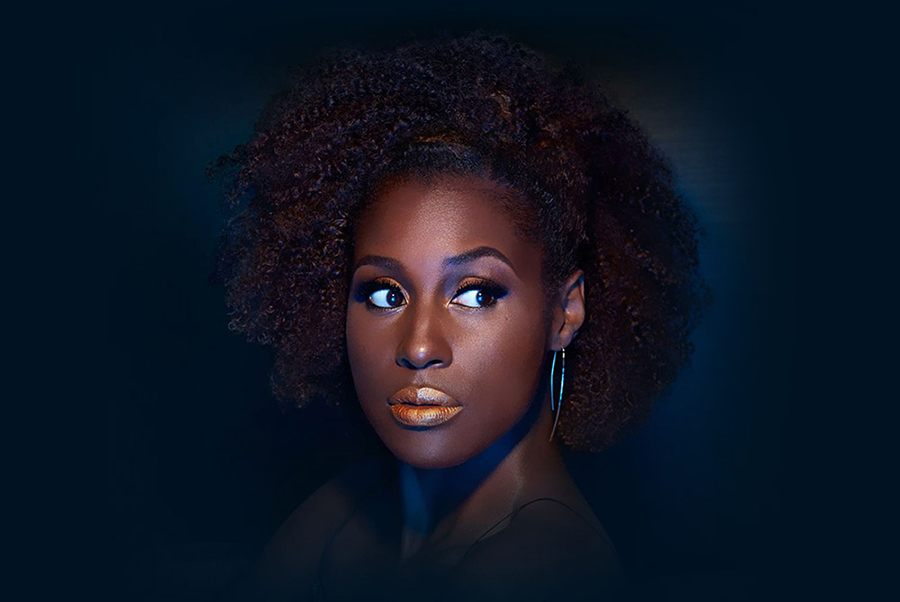 JOY Collective will once again produce this year’s “CROWN Awards.”

About The CROWN Coalition
The CROWN Coalition is the official national supporter of the CROWN Act movement; an alliance founded by Dove, National Urban League, Western Center on Law & Poverty and Color Of Change, along with 100+ CROWN Act supporting organizations. The CROWN Act movement is led by a team of Black women: Esi Eggleston Bracey (CEO of Unilever North America Personal Care), JOY Collective Agency leaders Kelli Richardson Lawson and Orlena Nwokah Blanchard (CEO and President), and ABA Consulting CEO, Adjoa B. Asamoah working with a village of Black leaders and the community who share a desire to end discrimination. 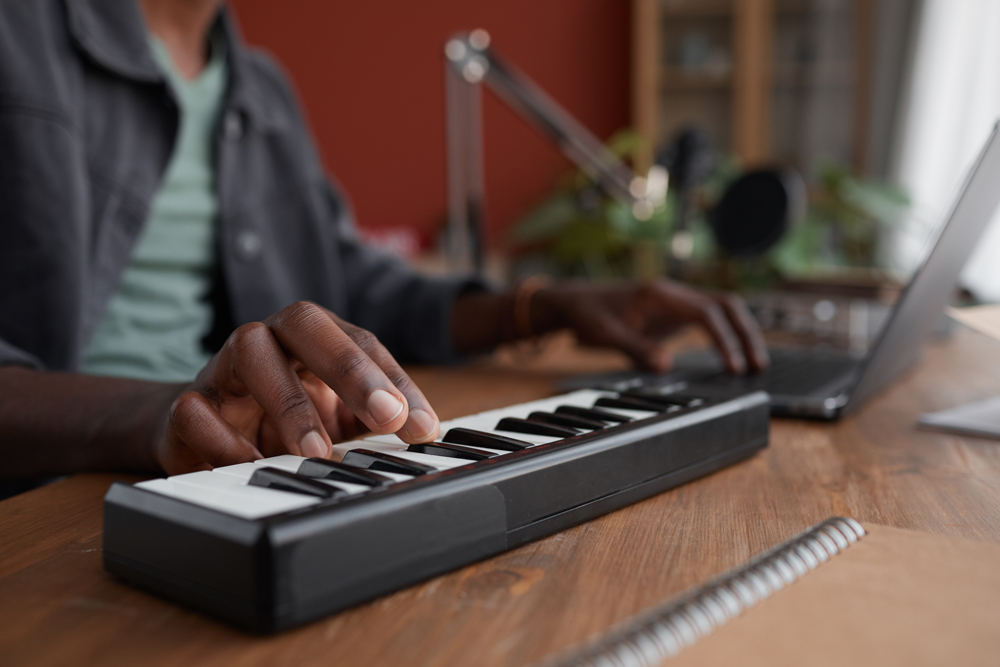 Music has the power to lift our spirits, comfort our souls, and inspire our hearts.  It gives a voice to the human spirit, creating a common language that unites people and breaks down barriers.  Perhaps no music has had as profound and powerful an impact in shaping America’s musical score as Black music.  Intricately woven into the tapestry of our Nation, Black music enriches our lives and pushes the boundaries of creativity.  Throughout the decades and across the country, Black music has fueled a myriad of genres — from rhythm and blues to jazz, gospel, country, rap and more.  This month, we celebrate the extraordinary legacy of Black music on American culture and recognize the indelible impact it continues to have on the world.

For generations, Black music has conveyed the hopes and struggles of a resilient people — spirituals mourning the original sin of slavery and later heralding freedom from bondage, hard truths told through jazz and the sounds of Motown during the Civil Rights movement, and hip-hop and rhythm and blues that remind us of the work that still lies ahead.  The music created by Black artists continues to influence musicians of all persuasions, entertain people of all backgrounds, and shape the story of our Nation.

During Black Music Appreciation Month, we honor Black musicians, singers, and contributors to the music industry — past and present — whose innovative talents unite us in joy as much as in sorrow and healing.  We pay homage to the musical legends whose artistic expressions help build community, generate empathy, and foster a sense of shared identity.  And we celebrate Black artists who have used their songs to stand up to injustice, fight for equality, and reflect a mirror on society — reminding us all of our enduring obligation to deliver the promise of America for all Americans.

IN WITNESS WHEREOF, I have hereunto set my hand this thirty-first day of May, in the year of our Lord two thousand twenty-two, and of the Independence of the United States of America the two hundred and forty-sixth.