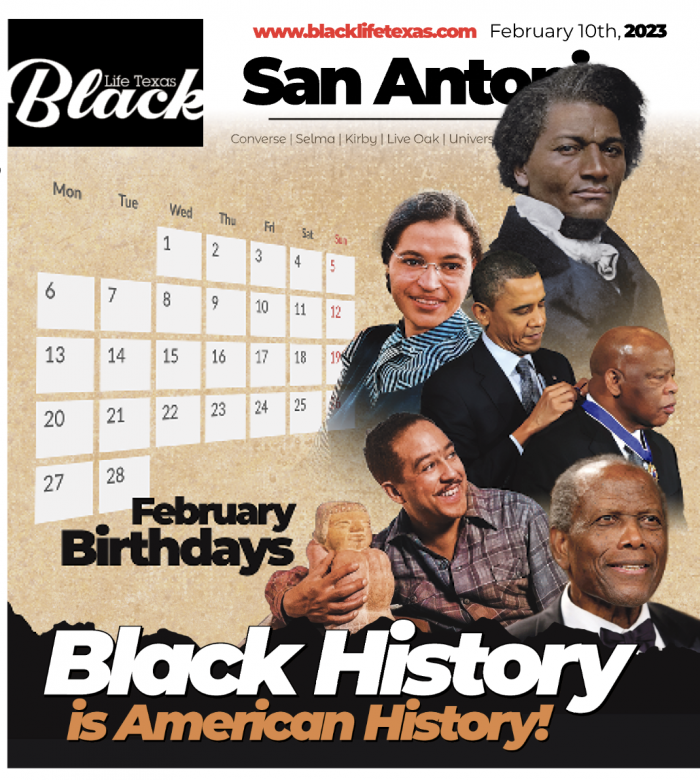 In 1925, the prominent scholar, Dr. Carter G. Woodson, announced that the second week in February 1926 would be declared Negro History Week. He picked that month because it paired up with the month of Abraham Lincoln and Frederick Douglass’s birthdays. It was a bold move at that time to recognize the accomplishments of the Negro.

Dr. Woodson, the second Black American to receive a Ph.D. from Harvard University in 1915, in coordination with Jesse Morland, a prominent Black minister and community leader in Washington, D.C., founded the Association for the Study of Negro Life and History. The organization’s primary purpose was to research and promote achievements by Blacks in America and Africans on the African continent. The organization’s findings were published in the Journal of Negro History. These studies served as a counter to the negative white portrayal of Blacks, and with the release of the movie Birth of a Nation, which had an official showing at Woodrow Wilson’s White House in 1915.

Dr. Woodson’s basic premise for his research was that no other race should control the education of another race’s children, which was especially true in the United States. He constantly pointed out the negative images that Black children received in their education. He wrote, “to handicap a student by teaching him that his black face is a curse and that the struggle to change is hopeless is the worst sort of lynching.” As he observed this continued debasement of his race, the children’s exposure to what he considered psychological abuse was why he introduced Black History Week.

In defense of Black History Week, he wrote, “If a race has no history, it has no worthwhile tradition. It becomes a negligible factor in the world’s thought, and it stands in danger of being exterminated.”

The response was overwhelmingly positive, and the years that followed witnessed the celebration’s growth all over the country. Negro history clubs became popular, and teachers began to teach the importance of Black heroes and their accomplishments, specifically during that week.

In February 1969, at the height of the Black is Beautiful movement, Black students at Kent State University insisted that the week should be stretched to the entire month. The following year those students did extend it from one week to two months. Other entities began celebrating not two months but the whole month of February. Finally, in 1976, President Gerald Ford endorsed February as the official Black History Month, and it has now become a time to celebrate and acknowledge the accomplishments of the Black race in America.

This year’s theme for Black History Month is “Black Resistance in the Past, Present, and Future.” It explores how Black Americans have resisted historic and ongoing oppression in all forms, especially the racial terrorism of lynching, racial programs, and police killings since the inception of this country, according to the Association for the Study of Negro (now African American) Life and History or ASALH.

ASALH adds, “how you can take part in the observance is to educate yourself on the Black experience in history, with an emphasis on Black American resistance to oppression.”

Last year, more than 600 families attended, and more than 40 HBCUs participated in the event.

This event will allow college-bound middle school/high school students and their parents to speak to several HBCU admissions representatives/alumni and ROTC scholarship program managers regarding the educational opportunities at Historically Black Colleges and Universities.

Monique A. Cannon Broadnax, founder and executive director of IMBRACE, said the focus is on HBCUs because of their significant role in advancing the value and importance of a post-secondary education that holistically engages Black students. These institutions of higher learning are dedicated to and single-handedly responsible for ensuring that underrepresented students, low socioeconomic students, disenfranchised students, first-generation college students, and students from all backgrounds who traditionally excel academically and socially in nurturing environments attain bachelor’s, master’s, professional and doctoral degrees.

IMBRACE Education, a nonprofit organization, provides students and parents with information regarding the college application process and scholarships and conducts tours of college and university campuses with a focus on increasing enrollment at HBCUs. For 10 years, it has been devoted to preparing students for life after high school by creating experiences to expose students to post-secondary options at all HBCUs.

All attendees (students, parents, sponsors, and community members) must pre-register, print and present or display their registration ticket at the door upon entry. The event will occur at Northeast Lakeview College’s Llano Wellness Center Building near Parking Lot 3 at 1201 Kitty Hawk Road in Universal City. Visit (ImbraceEducation.org) for more information. 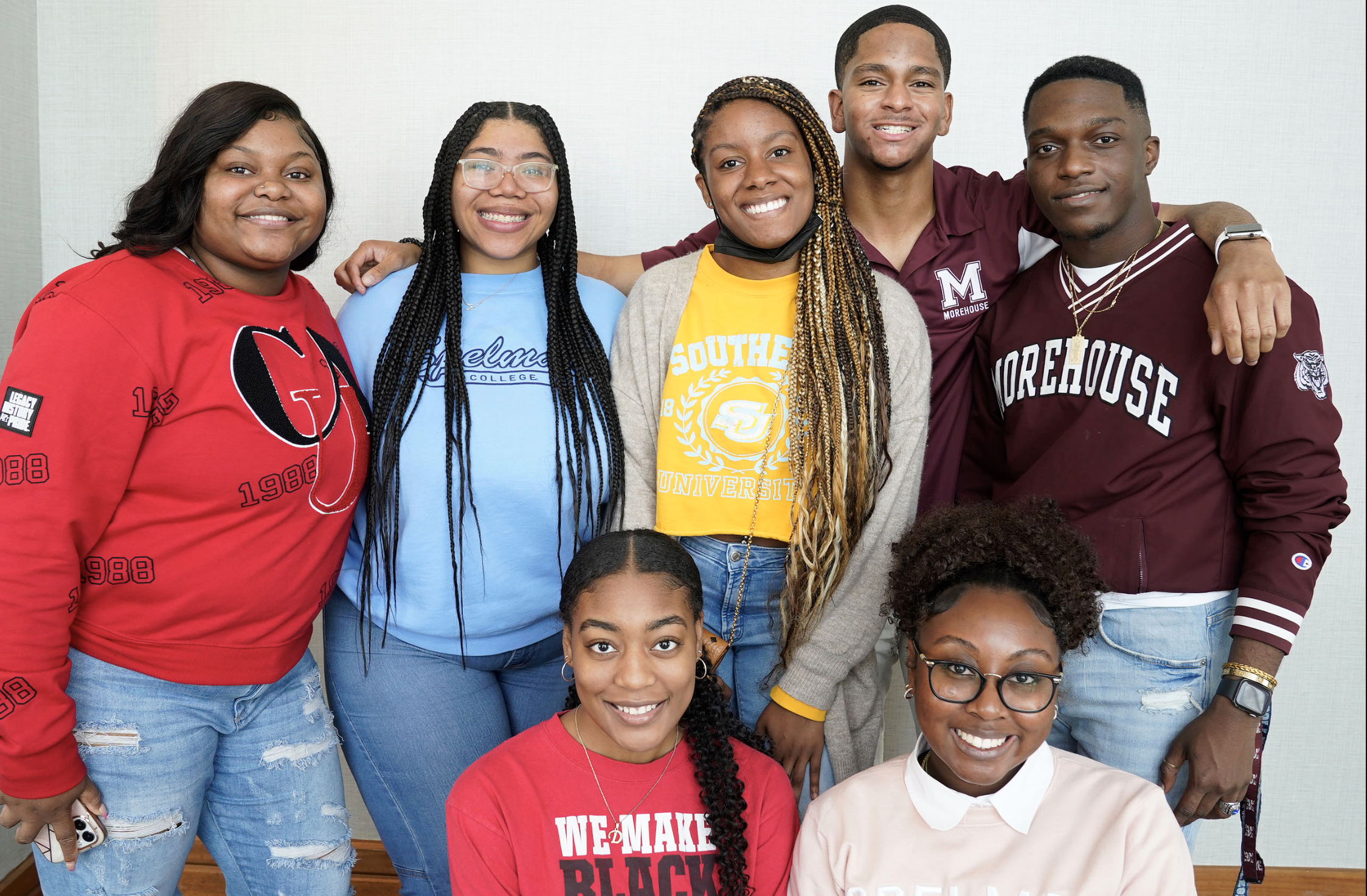 According to the Association of American Medical Colleges, only 8% of medical students and 5% of physicians are Black and African American. In an effort to address this disparity, the American Heart Association, the leading public health nonprofit organization dedicated to building a world of longer, healthier lives for all, has announced that 52 students from 23 academic institutions have been selected to participate in its Historically Black Colleges and Universities (HBCU) Scholars program.

The Association’s HBCU Scholars are enrolled in biomedical or other health sciences programs at their respective institutions. Through their participation in the Scholars program, they will study how the social determinants of health and other health disparities impact underserved communities. They will also participate in scientific research projects and present their findings at the end of the program.

“Since 2015, the American Heart Association HBCU Scholars program has helped change the trajectory of dozens of under-represented students in science and medicine by fostering their talent, preparedness and growth to pursue careers in biomedical science” said American Heart Association volunteer president Michelle A. Albert, M.D., M.P.H., FAHA, who is the Walter A. Haas-Lucie Stern endowed chair in Cardiology, professor of medicine and admissions dean at University of California-San Francisco School of Medicine. “As champions for health care quality and access for all, the American Heart Association is committed to building the pipeline of diverse persons in medicine and empowering the next generation of research and health care professionals.”

The program is funded by a grant provided by the Quest Diagnostics Foundation, which also supports the American Heart Association’s Hispanic Serving Institutes (HSI) Scholars Program.

“This program plays an essential role in supporting the pipeline of Black students who will increase representation and equity in the health care field,” said Mandell Jackson, vice president and general manager, Quest for Health Equity, Quest Diagnostics. “We are proud to support this next cohort of HBCU Scholars with the American Heart Association as it provides them with enriching academic and networking experiences to help them excel in their career paths.”

Accepted students are selected based on their GPA, completion of a formal application, which includes an essay, and an official recommendation from their school. During the program, scholars are paired with a mentor who works in health care or is currently performing their own relevant scientific research. They will also participate in a leadership development program and are awarded a financial stipend to help cover education-related expenses. More about the American Heart Association’s HBCU Scholars initiative can be found here.

Clinical research studies published in the American Journal of Public Health suggest that patients of color may experience uncomfortable interactions and communication barriers with their health care providers due to lack of diversity and face implicit and unconscious bias from physicians and other health care professionals. These barriers, in turn, can lower patients’ trust in the overall health care system and as a result, these patients may not complete prescribed treatments or follow-up on recommended care. Addressing this issue is a vital component of the HBCU Scholars program.

Each year, the Association seeks applications from sophomores, juniors and seniors from historically underrepresented communities who are currently enrolled in an HBCU and are interested in pursuing a professional degree in biomedical and health sciences.