Nationwide — As consumers across the U.S. gear up for holiday deals on sales merchandise, this Black Friday, a coalition urges buyers to make it a Shop Black Week. More than 100 groups have designated November 22 to 29 as Shop Black Week, a time of supporting Black-owned businesses by purchasing products, goods, or services from Black entrepreneurs.

This nationwide campaign, spread through social media has amassed well over a half million participants based on counts of subscribers and followers, according to organizers.

The Shop Black Week campaign is a nationwide campaign that simply asks every American to support Black-owned businesses in November. Participating entities include organizations, Online-social groups and publications that have made the commitment to help spread the word with their social media accounts. With the support of these entities and as new supporters join in, it is projected that this nationwide campaign could be the most successful economic movement of all time and be able to profoundly help thousands of Black-owned businesses in the process. The last big movement for Black people was the Million Man March, but organizers feel that the time has come for another big movement.

Shop Black Week organizers REQUEST registration on their website because they need as much participation as possible from strong organizations, FaceBook groups, LinkedIn Groups and other social groups who are willing to share this information with their followers and members. Those who wish to participate should register on their website as a show of solidarity in this movement and to be documented in this historical moment.

For businesses, organizations and individual supporters who want to participate or want more information, they should visit www.shopblackweek.org. 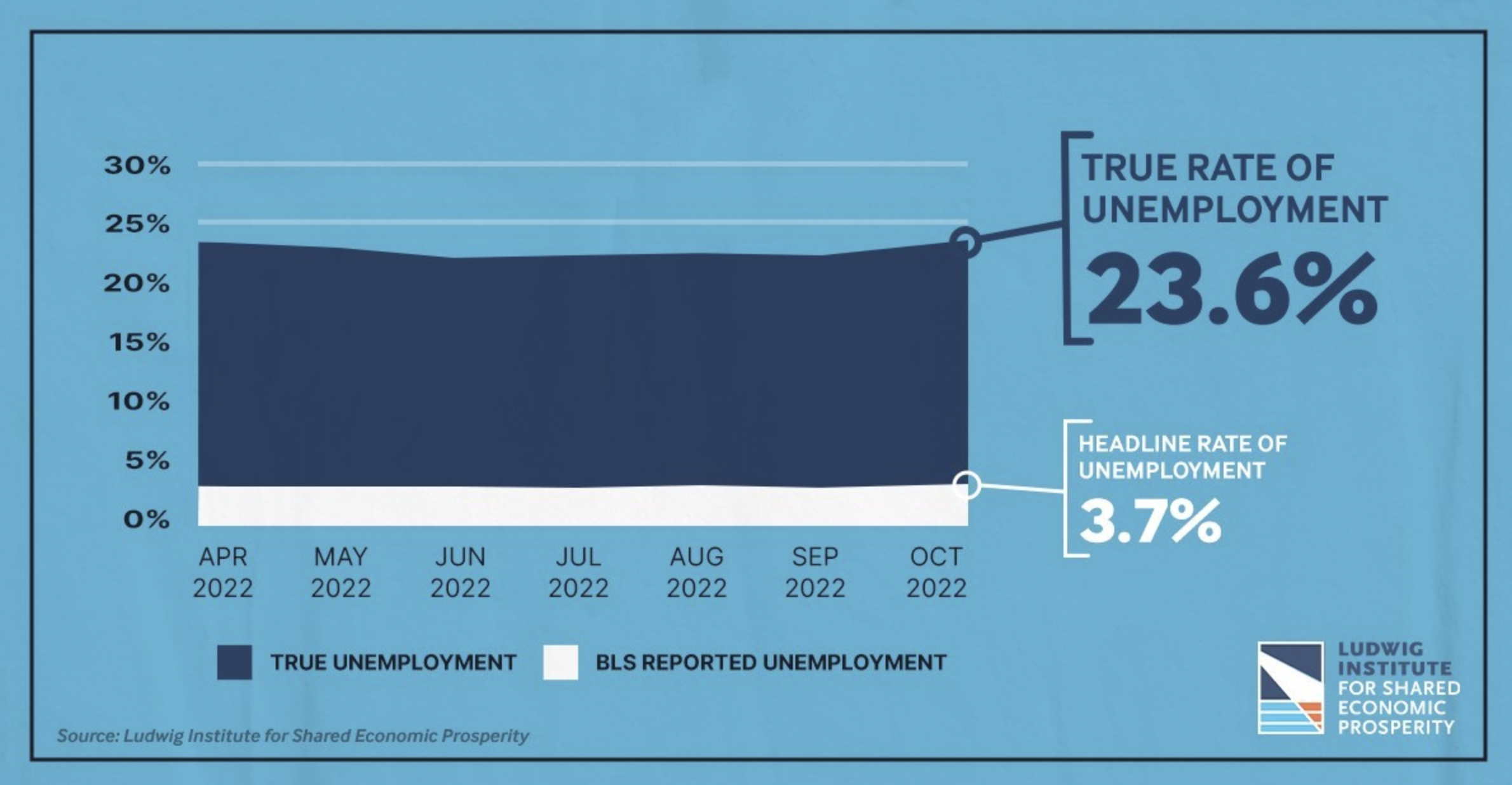 The rising cost of living continues to take a toll on working families, with a growing percentage of American workers unable to find a living-wage job or their current job fails to boost them over the poverty line after adjusting for inflation, according to the monthly True Rate of Unemployment report by the Ludwig Institute for Shared Economic Prosperity.

The report for the month of October topped 23.6%, a 1.3 percentage point increase over the previous month. This is the biggest month-over-month increase since the beginning of the pandemic in April 2020, and an indication that low- and middle-income workers are having a tougher time just to cover basic necessities.

“Until the last quarter, this administration has been doing well raising living standards for many middle- and lower-income Americans. However, both inflation and the Fed’s response to it – a precipitous rise in interest rates – are taking a big bite out of this progress. American families are hurting due to a combination of higher prices and wages failing to keep up,” said Gene Ludwig, the chair of the Ludwig Institute for Shared Economic Prosperity. “Policymakers from both sides of the aisle would be well served to take heed and implement proactive policies creating good-paying jobs capable of supporting a family, and at a bare minimum, cover basic needs and provide for a reasonable quality of life.”

The unemployment report by the Ludwig Institute can spell particularly bad news for low- and middle-income workers when one considers that the Consumer Price Index (CPI) is understating the impact of inflation on middle- and lower-income households. Last week, the Ludwig Institute released data supporting its True Living Cost  Index, a measure of the effect of rising prices on the ability of families to pay for minimum adequate needs in seven categories: food, housing, healthcare, transportation, basic technology, childcare, and apparel/personal care. It found that from 2020 to 2021, the price of necessities has increased 5.8% versus the Consumer Price Index’s 4.7%.

“If we are to address the kitchen table issues most important to American families, it must begin with addressing how we measure the economy – one size does not fit all,” Ludwig said. “The sooner we understand the dire and very real challenges facing middle- and lower-income households, the sooner we can work together for meaningful, sustainable solutions.”

Ludwig’s unemployment report tracks the “functionally unemployed,” defined as the jobless, plus those seeking but unable to secure full-time employment paying above the poverty line after adjusting for inflation. Functional unemployment increased for all major demographics:

Sail Away On A Quick Escape 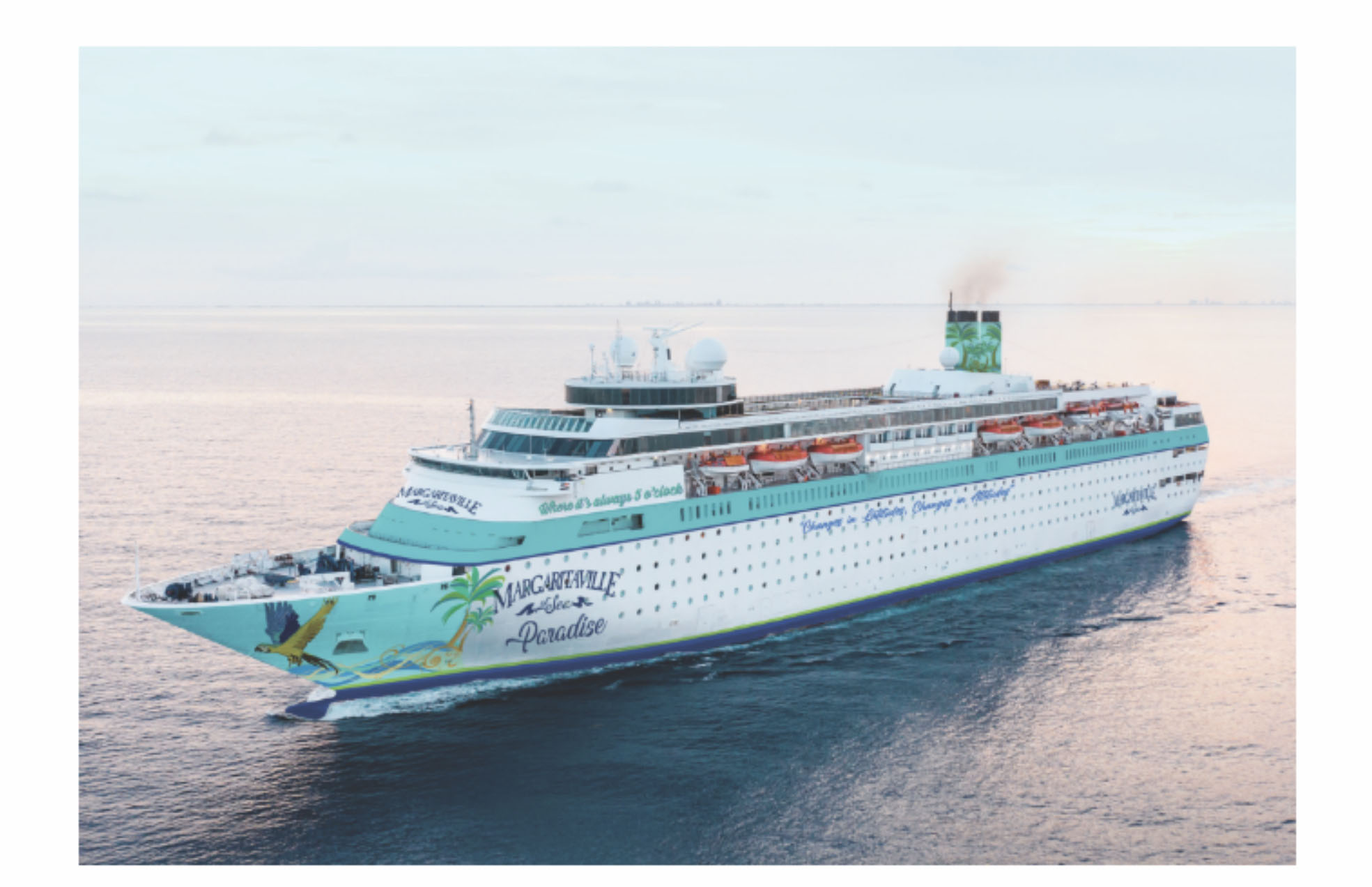 Calling all active and veteran military, first responders, law enforcement officers, and educators, you can sail away for free. As a way to celebrate the dedication of those serving their communities, “The Heroes Sail Free” complimentary offer from Margaritaville at Sea is inviting all of the mentioned on a much-deserved 3-day, 2-night cruise from the Port of Palm Beach to the Grand Bahama Island. Program details can be located on the cruise line website at www.margaritavilleatsea.com (under offers).