To Protect the Innocent, Black-Owned Tech Startup is Developing an App That Will Monitor Police Misconduct

Birmingham, AL — In 2017, Maria Watkins, an African American entrepreneur, founded the RightThere Corporation (RTC). The organization was incorporated in 2018 with an exemplary board of directors, including a retired police captain as board chairman. The RightThere Corporation is now among the first to offer a formidable, technological solution for civilians who fear the threat of police misconduct and other potentially dangerous situations.

RightThere Corporation is using technology to accomplish their mission of preventing police misconduct and reducing civil rights violations and to make justice work for all. The African American community has been severely impacted by police misconduct. In the United States, according to an analysis of data from The Guardian on police killings, Black Americans in comparison to their white counterparts, are more likely to be killed by police when unarmed.

RightThere Corporation and its dedicated team of professionals have developed an app that will assist in reducing police misconduct. RTC is awaiting full patent approval. The RTC Protech™ app will soon be on Apple and Android devices as well as a wearable device.

The list below highlights certain app function and services:

What can I do?

The purpose of this press release is to compel concerned individuals to ask the question: What can I do? Those willing to be part of the solution and willing to assist RTC in tackling the problem of police misconduct are welcome. The success of RTC and the community will impact not only this generation but also for generations to come. Every community deserves to live in safety and to be treated equally under the law.

Support RTC by visiting their pre-launch website, and learning more about Rightthere Corporation. Register by leaving your name and email. RightThere Corporation will send you updates on their progress and launch date.

Black Households Are Saving Money By Streaming Their TV Channels

Beyonce Reportedly Made $300 Million From Her Uber Investment 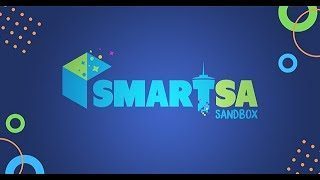 The City of San Antonio’s Office of Innovation is hosting SmartSA Sandbox, a family-friendly pop-up event that provides residents hands-on opportunities to test smart city technologies. SmartSA Sandbox at Pearsall Park is free and open to the public. The event will take place on October 22, 2022, from 10 a.m. to 2 p.m. The park is located at 4838 Old Pearsall Rd, San Antonio, TX 78242. A complete schedule of events is available at SAsandbox.eventbrite.com. Interested residents are encouraged to register in advance.

The family-friendly event will take place at Pearsall Park. It provides a child-friendly atmosphere with walking and biking trails, large playground and splashpad and a skate park. The location provides the space for individuals and families to interact with emerging technologies. The SmartSA Sandbox event features demonstrations on how to use 3D printers with Geekdom to robotics and coding from the San Antonio Museum of Science and Technology.

The event is family-friendly and will include workshops on developing technology and city-building activities facilitated by the DoSeum, YouthCode Jam, the University of Texas – San Antonio and Able.City, among others. Attendees can also enjoy music by DJ Mayhem and a closing hour with Emo Hero, an alternative cover band.

to Bring Water to Those in Need

Flint, Michigan and Puerto Rico – what do these areas have in common? They both have benefited from atmospheric water generation machines by the Most West Foundation and AWG Contracting.
Thanks to US Army Veteran Moses West’s compassion and innovation, these communities were able to access clean water. One eco-friendly AWG machine, which pulls water out of the air, can supply water to a minimum of 500 people and is small enough to transport in the back of a pickup truck. Through West’s military contacts, he’s able to quickly deploy from his base in San Antonio to weather-related disasters.
While AWG contracts with the Department of Defense in support of U.S. troops serving around the world, the Moses West Foundation has brought clean water to Flint, and worked with FEMA as part of relief efforts following Hurricane Maria in Puerto Rico. The nonprofit foundation was able to supply an estimated 15,000 people with water via an AWG machine operating on solar power. West is hoping he can bring his machines to war-torn Ukraine.

Flint (a highly-publicized water contamination crisis) represents what the future could look like in many US cities if the government and municipalities don’t make it a priority to fix aging infrastructure. This crisis is not new to Texas either. In Sandbranch, a small community outside of Dallas, residents are forced to use contaminated wells and rely on donations of bottled water to bathe, wash clothes and dishes, as well as to drink.

Though the aging town only has about 100 residents (mostly African-American), it’s a community that could use the water technology from the Moses West Foundation.

. . . the aging town only has about 100 residents (mostly African-American), it’s a community that could use the water technology . . .

“Sandbranch should be the model for what other people can do with this technology.” Moses said. “The Sandbranch project is 100 percent funded by donations. The stainless-steel water storage tanks will provide enough water to support residents, livestock and an organic community garden. Locals will be trained how to operate the technology so that the system is sustainable.”

West says there are at least 40 other communities in Texas dealing with similar issues. Many state and city leaders understand the dire need to fix the country’s water infrastructure.

In June of this year, the federal government just allocated up to $6.5 billion in total funding to support $13 billion in water infrastructure projects. Priority will be given to water and wastewater infrastructure in underserved communities. A portion of that funding will also be utilized to address PFAS and emerging contaminants. PFAS are harmful chemicals that break down slowly and can be found in the blood of people all over the world and at lower levels in foods and products.

While AWG is not the first company to use atmospheric technology, West is one of the few Black entrepreneurs making space for himself in the environmental business category. What also makes him standout is his vast military experience and his willingness to go to remote areas to help water-stricken communities. West is a prior member of the 75th Ranger Regiment, the 2nd Armored Division, the 2nd Infantry Division, the 7th Cavalry Regiment and the 101st Airborne Division.
In Ukraine, it’s estimated that damage to the water and power systems have left more than 6 million people without adequate access to safe water.

“Water is one of the issues that’s going to make a big difference in the lives of women and children in Ukraine,” adds Moses. “Their basements are full of moisture, wet and unhealthy. The AWG machines can pull pure water out of the air and, by doing so, keep people protected from small arms and artillery fire by decentralizing the location of where water is made.”

Currently the Moses West Foundation is raising at least $1 million to send five of the AWG machines to Ukraine and another five to Sandbranch, Texas.

Donations are being accepted online at the Moses West Foundation at (www.MosesWestFoundation.org). Just scroll down to “Donate Now.” 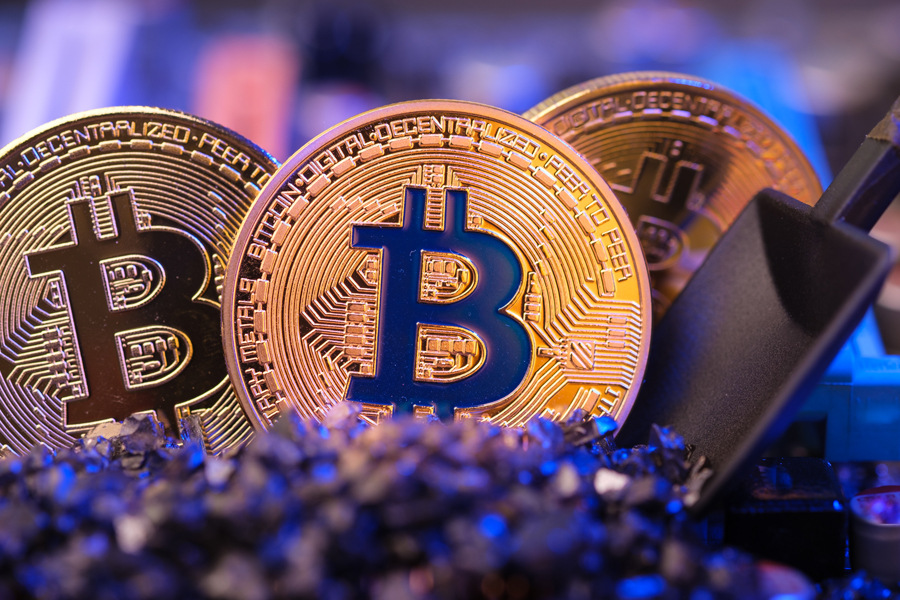 Cryptocurrency or cyber money has been around for a while and in recent years it has attracted many Black Americans.

However, the rise in popularity of the Non-Fungible Tokens (NFTs) has increased the interest of many existing and potential crypto investors. NFTs can be thought of as a subset of the crypto culture, and you generally need cryptocurrency (such as Bitcoin or an Ethereum) to buy and sell NFTs.

According to new research, 23% of African Americans possess Bitcoin, more than twice as many as white Americans (11%), and greater than those held by Hispanics (17%).

Many African American investors consider crypto investing a new path to riches and impartiality. It also enables them to enter the rapidly emerging field of NFTs, which is reshaping sectors such as music, collectibles, and gaming.

What is Cryptocurrency?
Also known as cyber money, cryptocurrency has been around for more than a decade. Unlike regular money, it’s not regulated by banks or the government. Instead it uses a type of cyber technology, called blockchain, which is like an online database that tracks the currency globally. The blockchain technology enables cryptocurrency users to make secure transactions.

What Is an NFT?
A non-fungible token (NFT) represents unique digital assets (like digital art, video clips or music) owned by a specific person. For many artists, it’s like a digital copyright. NFTs use blockchain technology to secure and track the item. Non-fungible assets are considered one-of-a-kind items that can’t be authentically replicated. The U.S. dollar bill is considered fungible because it carries the same value if it’s traded. Cryptocurrency is also considered fungible.

You can buy and trade NFTs online, using cryptocurrency (such as Ethereum). Even though they’ve been here since 2014, NFTs are gaining popularity because it gives digital artists a way to put value on their original material. The NFTs market alone was worth about $41 billion in 2021, which is getting close to the overall value of the combined global fine art industry.

Many African Americans see the NFT world as a way to build wealth. One example is 41-year-old Vakseen, a Black visual artist living in California. She became famous after accepting a bid of 8 Ethereums (about $16,800) for the first of six editions of a digital painting showing basketball legend Michael Jordan.
Vakseen’s work was also on show in a National Gallery of Technology (NFT) event showcasing Black artists throughout the world. The “Harmony & Balance” display was established to back the Black NFT artist community and was designed to look like a digital art museum. Vakseen was one of 30 Black artists that contributed over a 100 digital art pieces to the show. The artwork on display was estimated to be worth around $500,000.