She went far with her degree, and she is also an A-plus inspiration to students, hard workers and activists of all ages.

In addition to graduating from St. Philip’s College, Murphy worked in civil service for 27 years and became an alumna of Incarnate Word University when she was 60 and graduated in 1980 with a degree in early education.

A fixture at SPC homecoming events for her status and her achievements, St. Philip’s College ceremonially honors Murphy in real-time on May 20 at noon in the Artemisia Bowden Alumni Center on the third floor of the college’s G. J. Sutton Learning Center at 1801 Martin Luther King Drive.

The RSVP-to-attend event features complimentary admission and parking. Email RSVPs to scrockett-bell@alamo.edu or voicemail to (210) 486-2887 this weekend. The event that starts at noon will start slowing down at about 1 p.m., when guests and media can talk with Murphy from 1-1:15 p.m.

Murphy received her first college degree when she graduated from the 121-year-old college in 1936 and is currently 105 years of age. She has seen every one of the college’s presidents and is aware that she is the oldest living alumna of the oldest college in the Alamo College’s District system—the first system to earn the Malcolm Baldrige National Quality Award. The event will be part of ongoing SPC efforts to express “Our Win is Your Win” to the community it serves.

Murphy was in the news in 2017 as a guest during San Antonio Housing Authority’s ribbon cutting ceremonies in celebration of the first phase of East Meadows, a $41.7 million development containing 215 apartments that is successfully nearing completion. Through the U.S. Department of Housing and Urban Development’s Choice Neighborhoods Initiative, the Wheatley Courts became a part of a community-wide revitalization effort started in 2012 to transform the Eastside of San Antonio into a viable and sustainable mixed-income neighborhood. St. Philip’s College is the original educational partner in the project and Murphy is among college alumni who were former residents of the Spartan original property that served generations from the start of tenant operations in 1941 until it was vacated in 2014 and demolished in 2015. East Meadows’ first phase, a $41.7 million development containing 215 apartments, was built where the old Wheatley Courts public housing complex of more than 400 units existed at 906 N. Mittman St. near the St. Philip’s College campus for 65 years. The new development is a step toward transforming the surrounding neighborhood into a new master-planned, safe, sustainable, energy-efficient, mixed-income community, with a fairer share of the area’s higher-quality schools, health care, transportation, and access to jobs. The area is now among the top ten fasted gentrifying properties in the nation. According to a 2017 news report, 103 year old Gerta Murphy lived at Wheatley Courts until the mid-1950s. “When they opened Wheatley Courts, it was so exciting. As soon as I got a job, I moved out. I hope they take good care of it because they are beautiful,” Murphy told reporters at the time.

Marsha Hall is the assistant to Dr. Adena Williams Loston who is the president of the college that honors Murphy on May 20.

“She went back to college and started a new career teaching Pre-K for Harlandale ISD for six years. That’s a testament to her capacity to serve. She moves and does what she wants to do at 105. She is a powerhouse,” said Hall.

According to articles by San Antonio Express-News writer Vincent Davis, “Murphy is among a select, but growing, group of people worldwide — they have celebrated their 100th birthday. The offspring of parents born in the 1800s, they have witnessed the world evolve from horse-drawn buggies to rockets soaring in space to pocket-size computers called smartphones…. Murphy’s mother was 107 when she died; two aunts were 94 and 101. “Longevity is given by the Lord, it’s up to him to determine how long you’re going to live,” Murphy says. “He’s looking down on me and blessing me.” “

Murphy also enjoys virtual and physical lifestyles, and would fit in as an online student at the college today if she so chose.

This lifestyle was once described in an archival San Antonio Express News report, “Murphy does geriatric aerobics twice a week at the YMCA. She shops at the grocery store, cooks for herself, eats chicken, fish and many vegetables. In her spare time, she sends emails, and she has a Facebook account… “If you settle into getting old and start shrinking back and not trying to learn things, you stop growing,” Murphy says.

Living Inside the Box 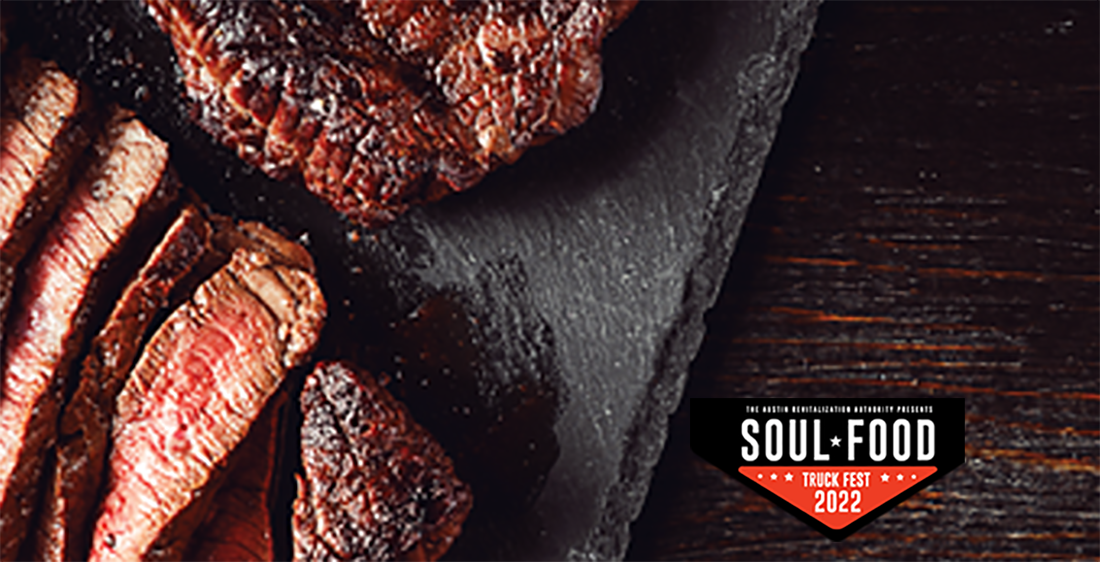 Texas Black-owned food trucks will converge on the campus of Huston-Tillotson in the heart of East Austin in a celebration of food, community, culture, and heritage.

Commemoration and Celebration
In 2021, legislation was passed to establish Juneteenth as a federal holiday in the United States. Juneteenth commemorates June 19, 1865: the day that Union Army Maj. Gen. Gordon Granger rode into Galveston, Texas, and told slaves of their freedom.

Although that day came more than two years after the Emancipation Proclamation.

The festival will be a momentous occasion celebrating Black perseverance past, present, and future all on an HBCU campus: Huston-Tillotson University.

“It is not lost on me the magnitude of hosting such an incredible celebration of the Black culinary tradition on the campus of Austin’s only historically Black university, nestled in its historic Black district, the day before the newly minted federal holiday celebrating Black freedom,” said Dr. Colette Pierce Burnette, President & CEO of Huston-Tillotson University, who will serve as an official ambassador of the event, along with District 1 Council Member Natasha Harper Madison.

Madison, who grew up in East Austin and now serves the city she loves as an elected official, said, “I am truly honored to be a part of this event that ties Austin’s rich Black cultural past with its present through something we can all relate to – food. The African-American culinary experience is about spiritual sustenance as much as it is physical; for years food has played a central role in our coming together as a community, and I’m excited to share that tradition with the community as a whole during Juneteenth weekend.”

Happening at the Fest
Texas, voted a top state for Black entrepreneurs, has a plethora of delicious food truck gems that specialize in soul, Cajun, Southern comfort, BBQ, and secret seasonings from the minds of talented Black chefs. Soul Food Truck Fest will give Texans the chance to enjoy dishes they may not have known were being served up by the Central Texas soul food truck community every day.

The fest will feature:

“The Austin Revitalization Authority is excited to support a festival that is investing in uplifting Black businesses and supporting tourism and economic growth in East Austin. Soul Food Truck will be a wonderful way for the Texas community to celebrate Juneteenth,” stated Gregory Smith, ARA. President and CEO.

Want to sample each truck? Attendees can purchase a Judge or VIP ticket and enjoy early entry and samples to participate in the food competition to judge the trucks and name the Best at the Fest Grand Champion. Tickets for the event start at only $10 for early bird general admission. 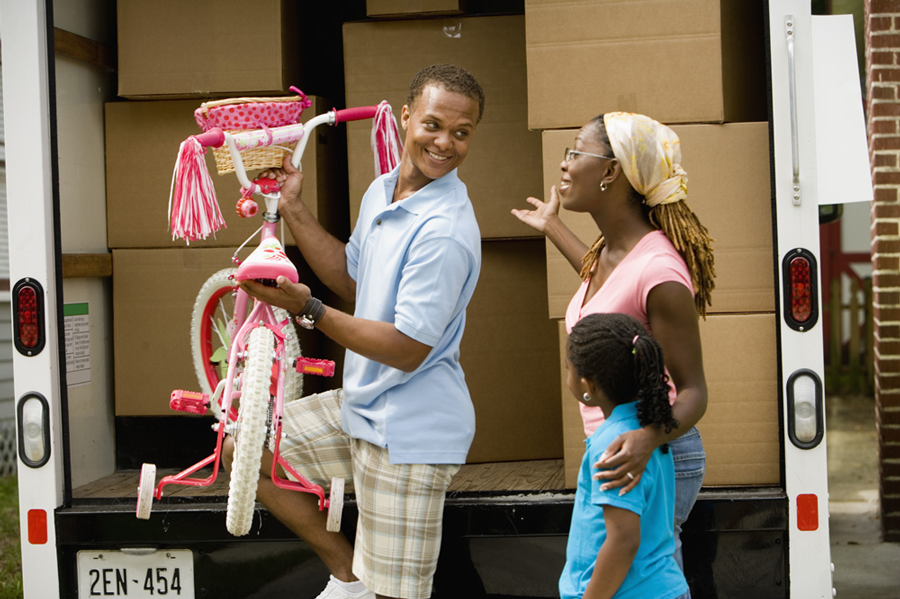 Results from Zillow’s Consumer Housing Trends Report show renters of color typically submit more applications — and pay more in application fees — before they secure a place to live than white renters do. Renters of color also typically pay a higher security deposit when they move in.

The U.S. rental market is as competitive as it’s been in decades, with the national vacancy rate lower than at any time since 1984.ii Rent prices have skyrocketed, up a record 17% in just the past year, prompting some priced-out renters to look for a more affordable home when their lease expires. About 9 in 10 renters paid a security deposit last year, with the typical deposit coming in at $700. A higher share of renters of color paid a deposit (93%) than white renters (85%), and the median amount paid by renters of color was higher, too — $750, compared to $600.

“Rents grew more last year than any year on record, forcing many renters to look for a more affordable option. About 2 in 5 renters who moved in the past year said a rent hike influenced their decision to move,” said Manny Garcia, population scientist at Zillow. “Renters typically do not have much of a financial cushion, and the cost of finding a new place to live can be an expensive burden. Regrettably, renters of color are especially likely to experience rising rents, and when they shop for a new rental, generally report higher upfront costs, restricting the mobility that is often held up as a benefit of renting.”

In addition to facing higher and more frequent security deposits, renters of color report submitting more applications and paying higher fees for those applications than white renters. In 2021, 61% of all renters applied for two or more properties — an 11-point increase from 2019 and five points higher than in 2020, likely owing to the tight rental market. The typical white or Asian American and Pacific Islander renter submits two applications, while a Black or Latinx renter typically submits three. More than one-third of renters of color submit five or more applications during their home search: that’s true of 38% of Black and Latinx renters, 33% of Asian American and Pacific Islander renters, and only 21% of white renters.

The higher fees and number of applications for renters of color are likely partially attributable to their age, income and geography. The typical renter of color is two years younger than the median white renter, meaning two fewer years of potential income growth. White renters are also more likely to rent in rural markets and the Midwest, both of which are generally less expensive. Asian American and Pacific Islander and Latinx renters, in particular, are more likely to rent in the West, which includes many of the country’s most expensive and competitive rental markets.

Expanding access to credit could help improve outcomes for Black and Latinx renters. Nearly half of white renters (46%) say they were completely certain they would qualify for a rental, compared to 38% of Latinx renters and 34% of Black renters. Credit checks are part of many rental applications, and Black and Latinx adults are more prone to being credit invisible and more often live in counties with higher levels of credit insecurity.

Renters looking to reign in application fees may have options. For a flat $29 fee, renters can use Zillow’s online rental application to apply through Zillow for an unlimited number of participating properties within 30 days. The online application includes a credit report and background check, which saves landlords time while screening prospective tenants and provides them with the information needed to feel confident about each applicant. Renters can also offer additional context and explain any negative items on their rental and credit history. 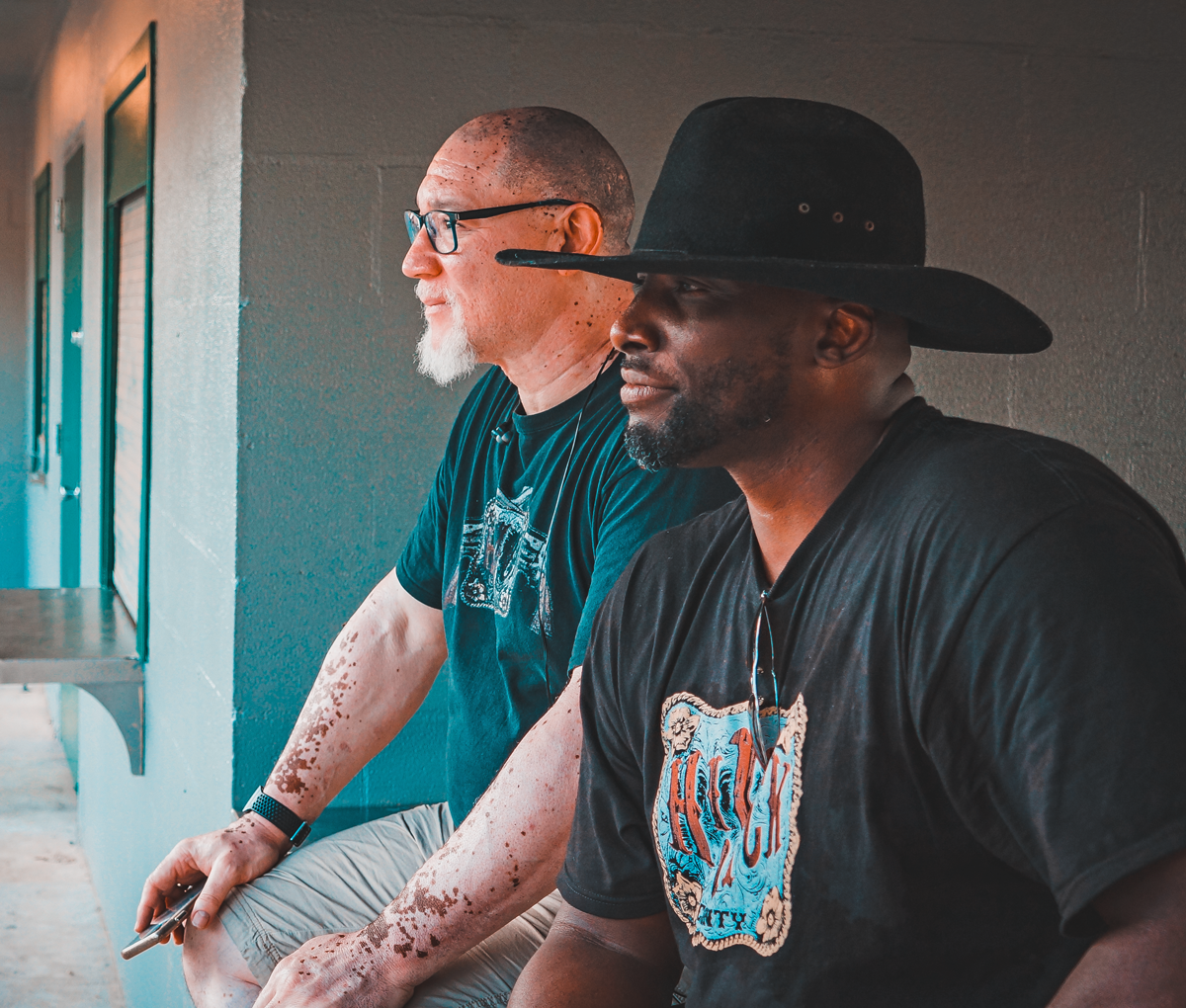 If you live in the Bexar Metro area consider moving to Selma.

Over one in every 10 people in San Antonio is African American. However, the US Census only documents individuals who responded to the mailed survey during the pandemic. Since 2017 to 2021, over 30,000 new black people moved to San Antonio.  These numbers can be deceiving if you don’t understand the geographical overview of the city.

Selma Texas has risen from third to first place in percentage (24.7%) of blacks. Converse, Texas (22.2%) has stayed the same in ranking at number two, while Live Oak, Texas (18.6%) has jumped ahead of Lackland Air Force Base (18.5%) to grab the #3 spot. San Antonio’s percentage dropped from 9th to 10th percent for the Bexar County metro area. Across all areas of the county, there has been an overall growth of 12% in African Americans.